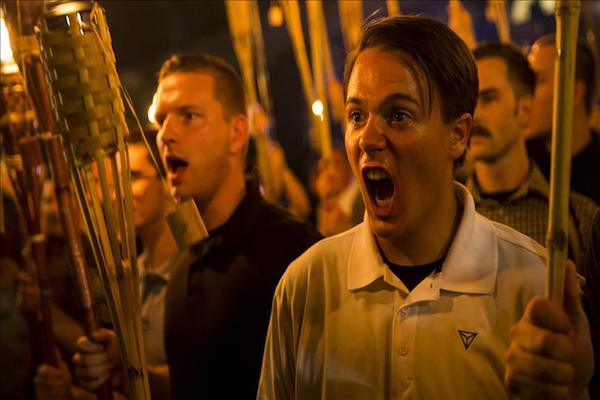 Avrupa/London - One suspect was charged late Saturday with second-degree murder and other charges after a woman was killed at a counter protest march to a white nationalist rally in the state of Virginia.Authorities identified James Alex Fields Jr., 20, as the driver of a car that plowed into a crowd in Charlottesville. An unidentified female pedestrian was killed and dozens of others were injured in the crash.Governor Terry McAuliffe declared a state of emergency amid the violent clashes between hundreds of white nationalists and the counter demonstrators.Riot gear-clad police officers ordered protesters to disperse after clashes quickly escalated in the southern city's Emancipation Park. But as the climate calmed Fields allegedly drove his car into a group of counter-protestors.

Video of the incident shows a car speeding down a narrow street filled with protesters before slamming into protesters and sending them ariborne, ultimately stopping only when it hit a line of cars. Fields then put the car in reverse and zoomed away.