US offers to destroy Syria's chemicals at Mediterranean

united States has offered to destroy Syrian chemicals on a U.S. ship, the global chemical weapons watchdog said on Saturday, and is looking for a suitable Mediterranean 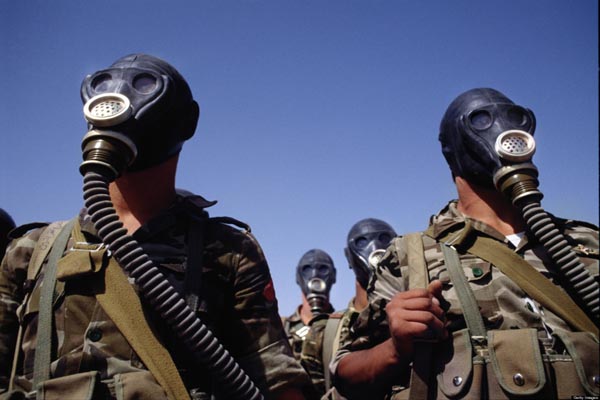 The Organisation for the Prohibition of Chemical Weapons (OPCW) has been under pressure to find an alternative plan for the destruction of Syria's poison gas arsenal after Albania backed out of hosting the work. The OPCW said 35 firms had expressed an interest in bidding for commercial contracts by Friday's deadline for the treatment of about 800 tonnes (1 tonne = 1.102 metric tons) of bulk industrial chemicals that are safe to destroy in commercial incinerators. But another 500 tonnes of chemicals, including nerve agents, are seen as too dangerous to import into a country or process commercially, and will be treated offshore on the U.S. ship. The OPCW said the operation would be carried out on a U.S. vessel at sea using hydrolysis, adding a naval vessel was undergoing modifications to support the operations.

The Hague-based organisation, which won the Nobel Peace prize last month, has been given the task of overseeing destruction of Syria's chemical weapons stocks under an agreement which averted U.S. missile strikes.

It followed a sarin gas attack on the outskirts of Damascus in August which killed hundreds of people.

Sigrid Kaag, head of the joint UN-OPCW Syria team, said on Saturday the mission faced a challenge to get the most lethal chemical agents out of Syria by the end of the year target, in the midst of a civil war which has killed 100,000 people.

"But we are working to make sure we can meet all the deadlines," she told reporters in Damascus at the end of a week of talks with Syrian officials.

She said the chemicals, located at various sites across Syria, would be packed, sealed and transported to the Mediterranean port of Latakia.

"Then it will be transported to other ships by other member states that will send it to, in principle, a U.S. vessel. It will not be (destroyed) in Syrian territorial waters".