US mobilizes allies to build coalition against IS 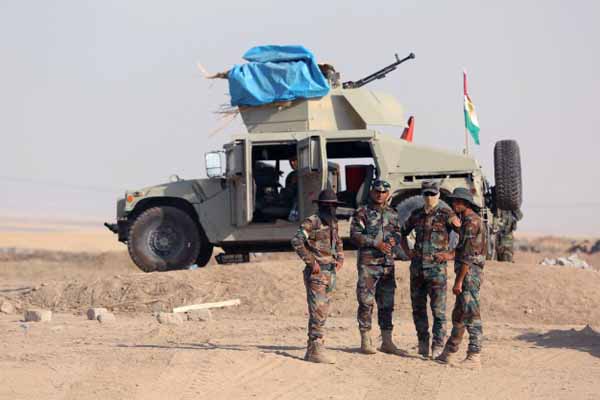 The United States begins to mobilize a broad coalition of allies to take on the threat of Islamic State, according to State Department. The coalition may be drawn from Europe, the Arab world and beyond, said State Department spokeswoman Jen Psaki. "I think it’s really important for everybody to broaden this far past the possibility of strikes or far past a military step," Psaki said Wednesday. She said there were many ways to contribute, including humanitarian, intelligence and diplomatic efforts.  "This is about addressing the long-term threat of IS ... an effort that is going to require significant focus and all hands on deck – not just the United States, but a range of countries," Psaki said. She commended the efforts of Australia, Canada, France, Germany, Jordan, Saudi Arabia, the United Kingdom, and many others who have given military or humanitarian assistance. Psaki said U.S. officials were talking to a range of countries -- whether Sunni or not -- about how they could participate in this effort. "Obviously, we’ll let individual countries make their own announcements about how they will be participating and what their capabilities are. And that’s only appropriate," she said. IS, which is active in Iraq and Syria, is a militant Sunni group.

The Obama administration announced in June that it would step up military support to the Syrian rebels after determining that the Syrian government had deployed chemical weapons against opposition groups, crossing what Obama had called a "red line."

On Monday, Syrian Foreign Minister Walid Muallem said his country was willing to cooperate with the international community to combat IS.

U.S. officials have ruled out cooperating with the Syrian regime, though, as the U.S. does not recognize Bashar al-Assad as the country's legitimate leader.

Turkey, however, appears to be on the short list of regional partners the U.S. could use as staging grounds.

Psaki said Turkey was one of the countries the U.S. would naturally talk to as a "longstanding counterterrorism partner of the United States."

"They serve as a co-chair with the United States of the Global Counterterrorism Forum, and so we’ll have discussions with them," she said. "We’ll discuss the need to work together against IS and the capabilities and capacities that they have."

"It will require an effective, inclusive Iraqi government that can unite that country to face the threat that’s posed by IS," Earnest said. He added that a sustainable solution would require the involvement of other governments in the region, and all around the world that have an incentive to confront the threat posed by IS.

Earnest, like Psaki, was quick to point out that the U.S. strategy to deal with this situation was multi-faceted.

"So we’ve been clear about what our strategy is here, and it is a strategy that is focused on using all the elements of American power and influence to try to resolve this situation," Earnest said. "That, of course, includes the military, but is not limited only to the military."

U.S. warplanes hit two IS-armed vehicles near Iraq's Kurdish regional capital, Erbil, on Wednesday in an attempt to support Kurdish forces trying to push back the militants, who have made headway since June.

U.S. Secretary of Defense Chuck Hagel announced Tuesday that seven countries -- Albania, Canada, Croatia, Denmark, Italy, France and the United Kingdom -- had joined the U.S. and the central government of Iraq in Baghdad in an effort to provide Kurdish forces with urgently needed arms and equipment.