US conducts fresh airstrike on IS near Iraq's north 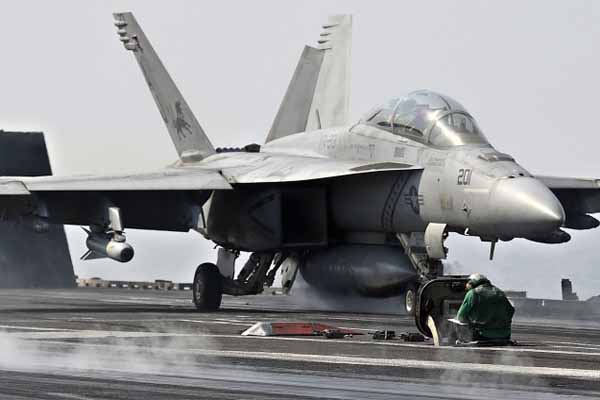 The U.S. on Sunday conducted fresh air strikes on the Islamic State militant group's positions in northern Iraq, including the strategically important Mosul Dam and near the besieged Turkmen-majority town of Amirli. According to a statement from the U.S. Central Command, U.S. warplanes destroyed a tank and armed vehicle belonging to the militants. The U.S. has carried out 120 air strikes in Iraq since early August, the central command said. The town of Amirli has a population of 30,000, mainly from Iraq's Turkmen minority and has been surrounded by the militants from the self-proclaimed Islamic State for two months. The Iraqi army and Shiite militias entered Amirli on the weekend as they attempted to break the siege on the town.