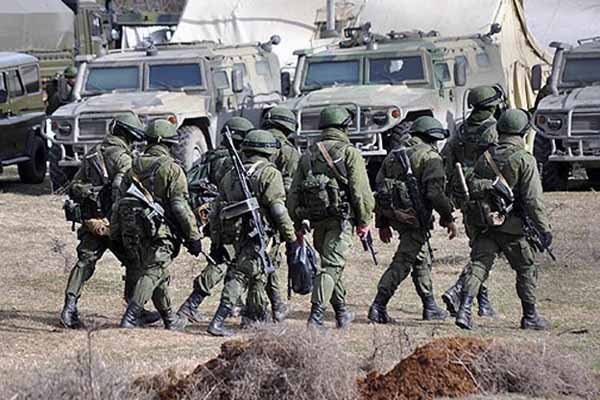 Russian Defense Ministry denies the allegations regarding the Russian invasion into eastern Ukraine "The international community cannot allow the situation to escalate further nor can a continuation be allowed of the violence and destruction that the conflict has wrought in eastern Ukraine," said Ban's spokesman, Stephane Dujarric. Dujarric also added Ban Ki-moon was determined to see talks between the presidents of Russia and Ukraine continue, "with a view to forging a peaceful way out of the conflict." Ukrainian President Petro Poroshenko had accused Russia of deploying troops in Ukraine and called Thursday an urgent National Security Council meeting concerning the deteriorating situation in the Donetsk region. Ukraine has also asked for a meeting of the United Nations Security Council to tackle the crisis. Poroshenko cancelled his participation at the presidential inauguration of Recep Tayyip Erdogan in Turkey. Meanwhile, the Russian Defense Ministry denied the allegations regarding the Russian invasion into eastern Ukraine. "No Russian military column that allegedly crossed the Russian-Ukrainian border at night or during the day ever existed," said Major General Igor Konashenkov, a spokesman for the Russian Defense Ministry.

NATO has published on its web page satellite imagery showing what it says are Russian combat troops inside Ukraine.

Ukraine launched military operations in the eastern provinces of Donetsk and Lugansk in mid-April to restore government control after pro-Russian separatists declared independence of the regions.