UN halts work on Gaza projects due to Israeli ban 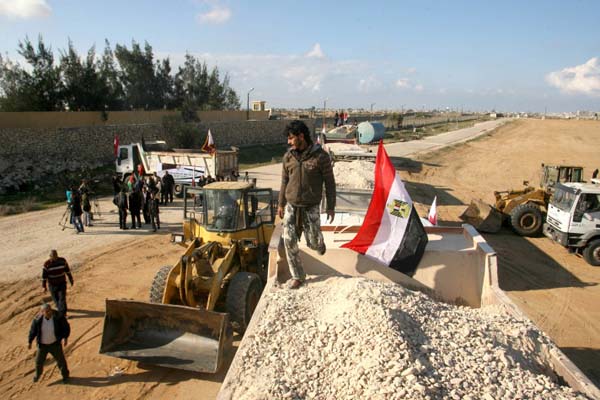 The U.N. said on Tuesday it had halted work on all but one of its 20 Gaza building projects as a result of an Israeli ban on importing building materials into the Palestinian enclave.

"We are in now in the fourth week (in which) we are not allowed to bring in construction material,"Robert Turner, director of Gaza operations for the United Nations Relief and Works Agency (UNRWA), said.

"We do not know when we will be allowed to restart these projects," he said, calling for the ban to be lifted.

He told reporters that the only building project still under way, a bridge, was also running out of building materials. The others included 12 schools and a health centre.

A spokesman for the Israeli government agency that oversees shipments into Gaza gave no indication when the import ban might be lifted.

"For security reasons, building materials are not allowed into Gaza for the time being," he said.

UNWRA's Turner said the economic situation in the territory, where unemployment, according to U.N. figures, is at 30 percent, has worsened following Egypt's closure of smuggling tunnels under its border with Gaza.

Tunnels had provided an commercial lifeline for Gaza in the face of Israeli-led economic sanctions. They were also used by militant groups to smuggle in weapons and funds.