An Israeli-Syrian agreement bars permanent members of the Security Council from the U.N. observer mission, 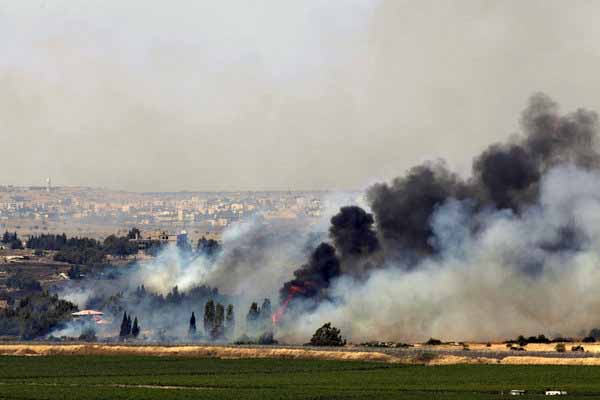 The United Nations said on Friday it could not accept Russia's offer to replace peacekeepers from Austria in the Golan Heights because an agreement between Israel and Syria bars permanent members of the Security Council from the U.N. observer mission.

The United Nations expressed appreciation for the Russian offer, made on Friday by President Vladimir Putin after Austria said it would recall its troops from a U.N. monitoring force due to worsening fighting in Syria.

Austria, whose peacekeepers account for about 380 of the 1,000-member U.N. force monitoring a four-decade-old ceasefire between Syria and Israel, said it would pull out after intense clashes between Syrian government forces and rebels on the border.

Russia is a longtime ally and arms supplier to Syrian President Bashar al-Assad, whose forces are fighting rebels trying to overthrow him in a civil war.

The fact that Russia has been backing Assad means Russian troops might not be seen as neutral by Syria's rebels, which could invite opposition attacks on the U.N. Golan force, a diplomat said.

U.N. spokesman Martin Nesirky said it was impossible at the moment for the United Nations to accept the offer from Russia, which along with the United States, Britain, France and China is a permanent, veto-wielding member of the 15-nation Security Council.

"However, the Disengagement Agreement and its protocol, which is between Syria and Israel, do not allow for the participation of permanent members of the Security Council in UNDOF," Nesirky added, referring to the peacekeeping contingent known as the United Nations Disengagement Observer Force.

British Ambassador Mark Lyall Grant, president of the Security Council this month, said after a special council session on the UNDOF crisis that the force should remain in place, even if its numbers were temporarily reduced.

The U.N. peacekeeping department is asking the other countries in the force, the Philippines and India, if they would increase their troop contributions and was also looking at the possibility of new countries sending troops, Lyall Grant said.