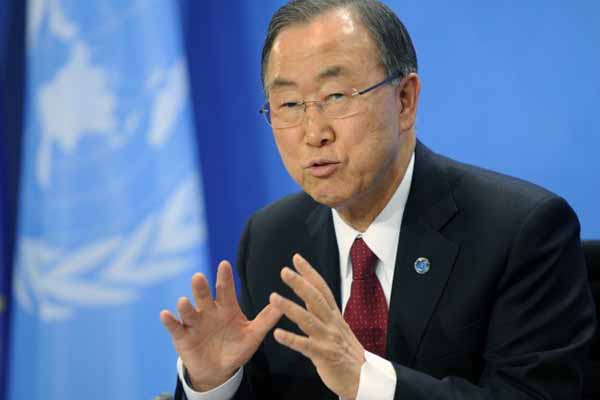 United Nations Secretary-General Ban Ki-moon and the UN Security Council have condemned the detention of 43 UN peacekeepers in Syrian Golan Heights on Thursday, amid fighting between the Syrian government and armed groups. Ban Ki-moon called for the immediate release of the peacekeepers. The UN Security Council condemned the abduction in a press release of Thursday saying: “The members of the Security Council demanded the unconditional and immediate release of all the detained United Nations peacekeepers and called upon all parties to cooperate with UNDOF in good faith to enable it to operate freely and to ensure full security of its personnel.” The UN said another 81 peacekeepers are currently being restricted to their positions in the vicinity of Ar Ruwayhinah and Burayqah. A peacekeeping force has been stationed in the Golan Heights since a 1974 cease-fire between Syria and Israel.

The UN said that 1,223 peacekeepers from six countries – Fiji, India, Ireland, Nepal, the Netherlands and the Philippines – are currently serving in the area. Armed groups detained UN peacekeepers in the same region in March last year. They were released safely.