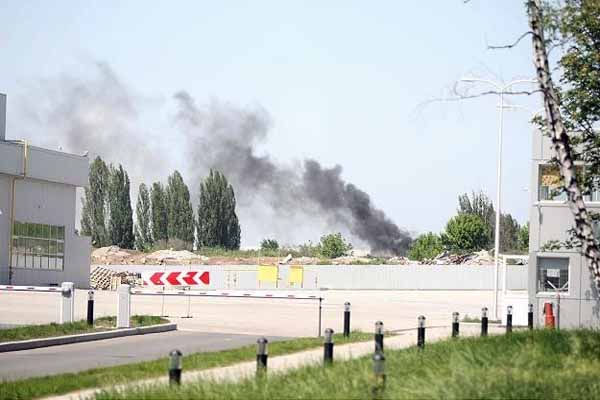 Ukrainian army jet jet crashed after being shot, says Ukraine's "anti-terror" organization In a statement by a so-called anti-terror organization's press office posted on Facebook, a jet was targeted by a Russian missile launcher and the pilot was unharmed after ejecting and landing safely near a military unit. Despite Russia's repeated denials, NATO and western countries accuses Moscow of deploying its troops in the eastern Ukraine and handing military supplies to the pro-Russian separatists fighting the Ukrainian army during the four-month conflict. The latest attack came as the members of EU countries are holding a summit on Saturday, expectedly to impose further economic sanctions against Russia.  Ukrainian President Petro Proshenko has met the incumbent European Council President Herman Van Rompuy, ahead of the summit to address the issue.  The fierce conflict has killed at least 2,220 people and injured 5,956 since clashes began in April, according to the U.N. figures.  The rebels had shot down a MIG-29 fighter jet on August 17, according to Ukrainian officials.