The four, alleged to belong to a banned neo-Nazi group called National Action 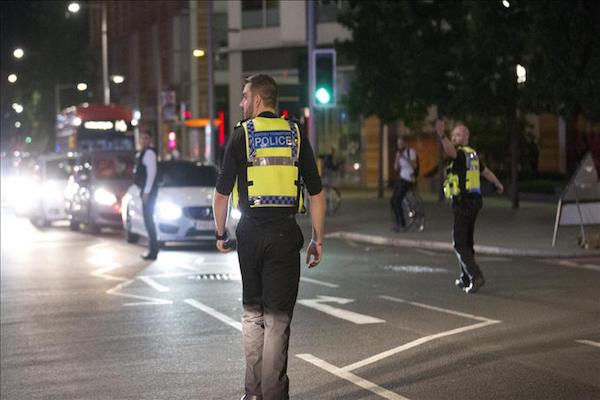 AvrupaLondon - Four men alleged to be serving members of the British military have been arrested on suspicion of planning terrorist acts.The four, alleged to belong to a banned neo-Nazi group called National Action, were arrested in a “pre-planned and intelligence-led” operation, West Midlands Police said in a statement on Tuesday.Police are also searching a number of properties. The suspects -- three from England and one from Wales -- are being held by police in the West Midlands.Various British media outlets, including The Guardian, reported that the men, aged between 22 and 32, were serving members of the British military.“We can confirm that a number of serving members of the army have been arrested under the Terrorism Act for being associated with a proscribed far-right group,” the paper quoted an unnamed army spokeswoman as saying.National Action was proscribed as a terror organization in December 2016.The anti-Semitic and white supremacist group had celebrated the murder of Labour MP Jo Cox in June 2016 by far-right extremist Thomas Mair.The group describes itself as a "National Socialist youth organization", however, Home Secretary Amber Rudd described it as “racist, anti-Semitic and homophobic”.“It has absolutely no place in a Britain that works for everyone,” she added.