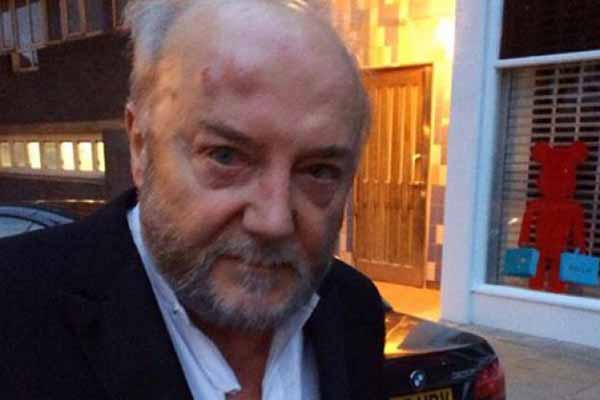 Controversial member of parliament George Galloway was attacked over his Israel comments, spokesman says The 60-year-old the Respect Party MP for Bradford West was posing for photos in a famous London neighborhood, Notting Hill, when he was assaulted on Friday evening, his spokesman Ron McKay said. He said that the attacker allegedly called Galloway "Hitler" while attacking and added, "George was posing for pictures with people and this guy just attacked him, leapt on him and started punching him. It appears to be connected with his comments about Israel because the guy was shouting about the Holocaust." London police stated that officers went to the scene and shortly after the assault they arrested a 39-year-old man on suspicion of assault. He remains in police custody. Police also noted that Galloway who had been taken to hospital following the attack was discharged from hospital as of Saturday morning. The controversial Respect politician made anti-Israeli comments in Leeds earlier this month. A former Labour politician, Galloway is known for his left-wing and pro-Palestinian views. In a video footage of the speech, Galloway said: "We have declared Bradford an Israel-free zone. We reject this illegal, barbarous, savage state that calls itself Israel - and you have to do the same." The Respect Party released a photo of Galloway via Twitter as he was heading to a hospital following the attack.