William Hague on Monday dismissed suggestions that the British military and senior politicians should be prosecuted for war crimes in Iraq. 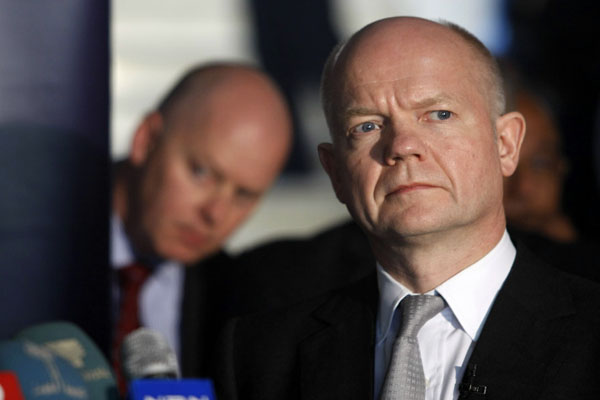 A joint January 10 report submitted to the International Criminal Court (ICC) by Public Interest Lawyers (PIL) and the European Centre for Constitutional and Human Rights (ECCHR) details claims of abuse and killings against the British military with eye witness testimonies from those detained by the British forces in Iraq.

The PIL have asked the Court’s prosecutor to examine whether or not the allegations in Iraq from 2003-2008 against UK military and civilian officials amount to war crimes.

"The British armed forces uphold high standards, and they are the finest armed forces in the world," Hague noted.

"But where there are substantiated allegations of things going wrong, these things have been or are being investigated. That does not require references to the International Criminal Court."

The PIL&ECCHR report refers to a bundle of supporting documents that include witness statements and recorded accounts of the Iraqi victims. Some files released by the UK government into the public domain are also being discussed.

A host of submissions to the Court in 2005 had also claimed the UK government acted unlawfully by participating in the US-led invasion of Iraq.