A new report has warned households across Britain face having less money if no trade deal is struck with the EU before Brexit. 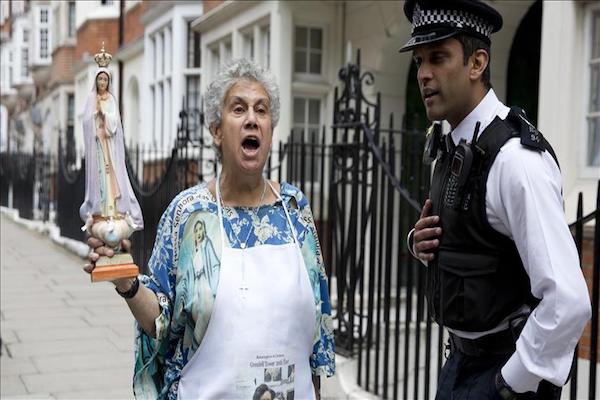 AvrupaLondon - A new report has warned households across Britain face having less money if no trade deal is struck with the EU before Brexit.The warning comes on the same day as U.K. inflation hit three percent -- its highest level in over five years.Tuesday’s report by the Resolution Foundation, a London-based think tank, claimed “annual spending for the average family could rise by around £260 ($345)”.If the U.K. fails to secure a trade deal agreement with its biggest trade partner, the new tariffs on EU goods such as “clothing, footwear, beverages and tobacco will rise by 10 per cent”.Tariffs on dairy products could rise by 45 percent and by 37 percent for meat products, according to the report, and all rises will be reflected in consumer prices.“Some households would experience more significant price rises; 3.2 million households would see price rises of £500 or more,” the report warned.“There is also evidence that poorer households and less affluent parts of the country will be harder hit,” it added.

According to new data from the U.K.'s Office for National Statistics, the Consumer Prices Index was last at 3 percent in April 2012.The inflation rate has climbed higher, with increases in transport and food prices, amid uncertainties surrounding future trade relations between the U.K. and the EU following Brexit, scheduled for March 2019.The increase in inflation raises the likelihood of a rise in interest rates next month.The economic warnings come amid some stagnation in Brexit negotiations. Talks between the U.K. and EU "should accelerate in the months to come," according to a joint statement following a dinner in Brussels involving British premier Theresa May and European Commission President Jean-Claude Juncker on Monday.May visited Brussels in a last-ditch effort to convince EU leaders to agree that sufficient progress had been made in Brexit talks.“The prime minister and the president of the European Commission reviewed the progress made in the Article 50 negotiations so far and agreed that these efforts should accelerate over the months to come," Monday’s joint statement added.May's visit came after EU chief negotiator Michel Barnier's remarks last week, in which he said Brexit negotiations had arrived at a "disturbing deadlock".The U.K. insists Brexit negotiations on preliminary points have reached a point where sufficient progress has been made to take the talks to the second stage, where the future relationship between the U.K. and the EU can be discussed, including on trade.However, upon the completion of a fifth round of negotiations last week, EU officials said the progress seen was not enough, despite a praised conciliatory speech by May in Florence.British voters opted to leave the EU in a referendum over a year ago and Brexit negotiations are supposed to be finalized by March 2019.