Incident declared Tuesday morning as a result of significant delays for more than 100 patients waiting for ambulance, says service 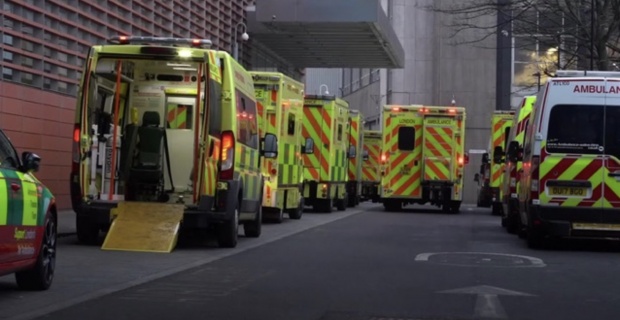 The North East Ambulance Service (NEAS) in the UK said on Tuesday it declared a critical incident for the second time in a week due to "extreme pressure."  The move came after the unprecedented pressure following the Christmas break, impacting the NEAS' ability to respond to patients.

"The incident was declared this morning as a result significant delays for more than 100+ patients waiting for an ambulance, together with a reduction in ambulance crew availability to respond because of delays in handing over patients at the region’s hospitals," the British ambulance service said in a statement.

Shane Woodhouse, strategic commander at NEAS, pointed out the "critical incident" that is happening for the second time in a week and highlighted the pressure on the health system.

"Our staff and volunteers continue to work extremely hard to respond to calls and incidents," he added.

Woodhouse also advised public to only call 999 in a life-threatening emergency.

"We are experiencing greater numbers of calls to 111 right now and ask that callers please consider 111 online first and don’t call 999 unless your condition is life threatening."

NEAS also said they have been operating at its "highest level of alert status" over the Christmas break, keeping in place many of the actions from the previous declaration of a critical incident to cope over the extended bank holiday weekend.

Keywords:
UK Ambulance
Your comment has been forwarded to the administrator for approval.×
Warning! Will constitute a criminal offense, illegal, threatening, offensive, insulting and swearing, derogatory, defamatory, vulgar, pornographic, indecent, personality rights, damaging or similar nature in the nature of all kinds of financial content, legal, criminal and administrative responsibility for the content of the sender member / members are belong.
Related News