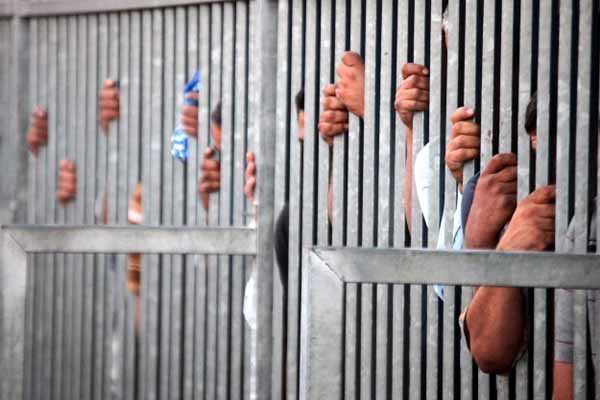 Four inmates were killed Sunday in a prison riot in Brazil, local media cited the local state's Prison Department as saying. Two prisoners were beheaded and a number of others were injured at the facility in Cascavel, a city in the southern state of Paraná. The other two deaths occurred when a number of prisoners were thrown from the roof. At least two prison guards were taken hostage. Reports say one guard was freed. About 700 inmates are said to be involved in the riot, which began at around 6:30 a.m. when prisoners were being served breakfast. By the afternoon, inmates could be seen on the roof of the prison building beating men with ropes around their necks. Local media reported that at least one of the hostages was being “psychologically tortured” as rioters placed one of the severed heads in his lap.

Reports from the scene showed ambulances taking away injured inmates for treatment, and that negotiators were still attempting to bring the situation under control.

According to the G1 news portal, the facility in question holds more than 1,000 prisoners, but only 10 custodial agents were on shift at the time the riot began.

Inmates are apparently demanding improvements to food and visiting rights, and the incident also sparked a protest by relatives of the prisoners that caused the closure of a nearby highway later Sunday afternoon.

Sunday's incident is not the first time inmates have decapitated fellow prisoners in Brazil.

In January, the Folha de S.Paulo newspaper published a video leaked from the notorious Pedrinhas prison, in the northeastern state of Maranhão, showing three inmates who had been murdered in the same grisly way.

The Pedrinhas prison is infamous for being severely overcrowded and ruled by gangs, as is the case in many of the country's penitentiaries. Local reports and human rights groups warned that prisoners were being executed by inmates and prison staff and demanded the situation be brought under control.

Human Rights Watch said the prison housed around 6,200 inmates, twice the number of inmates it was designed for, and that 60 inmates were killed in 2013, according to the country's National Justice Council.

With more than half-a-million inmates, Brazil has the world's fourth largest prison population after the United States, China and Russia.