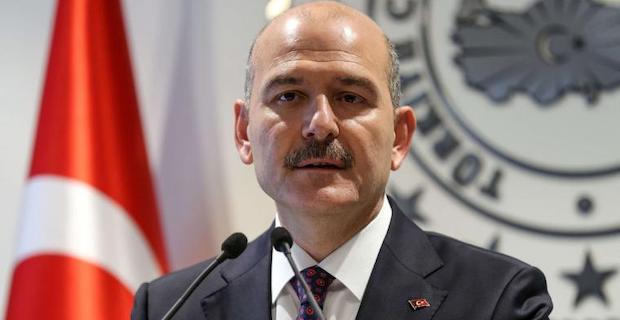 Turkey's Interior Minister Suleyman Soylu said on Twitter on Sunday that he was resigning from his post over the implementation of a two-day curfew in major Turkish cities to tackle the coronavirus outbreak. Solyu tweeted he was taking full responsibility for the curfew imposed on Friday in 31 cities. The minister added that he had been proud to serve as interior minister and would remain loyal to Turkish President Recep Tayyip Erdoğan. Turkey announced on Friday evening a two-day lockdown over the weekend. However, in the brief time before the lockdown went into effect many people rushed out to buy food and drink in the country's commercial hub Istanbul, a city of 16 million people, and other cities. The curfew will end at 2100 GMT on Sunday.

Keywords:
Suleyman SoyluInterior Minister
Your comment has been forwarded to the administrator for approval.×
Warning! Will constitute a criminal offense, illegal, threatening, offensive, insulting and swearing, derogatory, defamatory, vulgar, pornographic, indecent, personality rights, damaging or similar nature in the nature of all kinds of financial content, legal, criminal and administrative responsibility for the content of the sender member / members are belong.
Related News