Turkey, Russia cooperation to be ‘hope’ for region 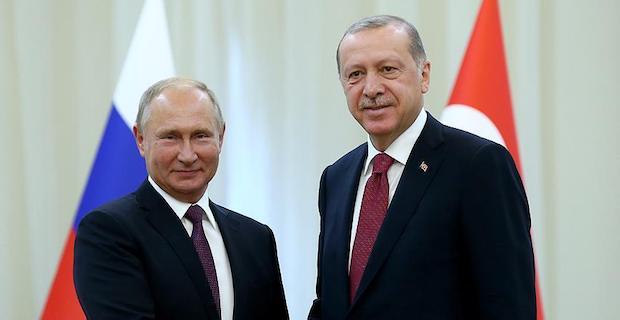 Turkish President Recep Tayyip Erdogan on Monday said the cooperation between Turkey and Russia will "be hope to the region".

Speaking ahead of his meeting with Russian President Vladimir Putin in Russia's coastal city of Sochi, Erdogan said exchanging views on political, military and economic issues will strengthen both Turkey and Russia.

"I believe that not only of our region, but also the eyes of the whole world are now on Sochi," said Erdogan, adding that the results of Sochi talks will bring new hope to the region.

The bilateral meeting, which was closed to the media, started at 2.50 pm local time (1150GMT).

Relations between Turkey and Russia, economy and energy issues, as well as regional and international issues, particularly Syria, were among the topics expected to be discussed.

Keywords:
Turkish President Recep Tayyip ErdoganRussian President Vladimir Putin
Your comment has been forwarded to the administrator for approval.×
Warning! Will constitute a criminal offense, illegal, threatening, offensive, insulting and swearing, derogatory, defamatory, vulgar, pornographic, indecent, personality rights, damaging or similar nature in the nature of all kinds of financial content, legal, criminal and administrative responsibility for the content of the sender member / members are belong.
Related News