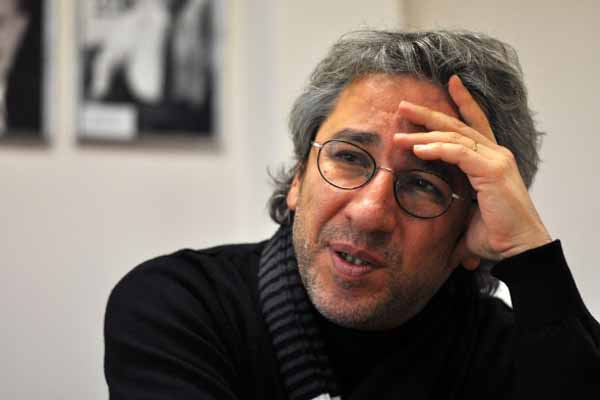 27 November, 2015 - PEN International, English PEN and PEN South Africa are seriously concerned by the arrest and pre-trial detention of Can Dϋndar and Erdem Gϋl were detained following the charges announced by a court in Istanbul of spying and “divulging state secrets” on 26 November 2015.

Can Dϋndar, editor-in-chief of Turkish daily Cumhuriyet and Erdem Gϋl, the paper’s Ankara bureau face a maximum life sentence if convicted of the charge of divulging state secrets while the sentence for espionage carries 20 years imprisonment and that for membership of a terrorist organisation carries 10 years. The charges relate to an article and video published on the Cumhuriyet website on Friday 29 May reporting that Turkey’s intelligence agency sent weapons to Islamist rebel groups. The video, now removed from the website following a court order, showed Turkish gendarmerie officials in the southern province of Adana discovering large quantities of ammunition on civilian trucks reportedly belonging to Turkey’s National Intelligence Agency in January 2014. The trucks were allegedly bound for the Syrian border.

Following the publication of the video, President Erdoğan has been openly critical of Dündar, accusing him and the Cumhuriyet newspaper of engaging in espionage on live television. On 2 June 2015 Erdoğan submitted a criminal complaint via his lawyer demanding Dündar’s trial and imprisonment.

‘PEN condemns the pre-trial detention and grave charges levelled against Dündar and Gϋl in the strongest terms. This is an attempt to punish these journalists for their legitimate journalistic work which falls entirely within the interest of the Turkish public. Investigative journalism is the tool with which a society makes the government accountable, and such journalism is all the more essential during times of conflict. PEN urges the Turkish authorities to immediately release Dündar and Gϋl. President Erdoğan must ensure that the government does not target writers and journalists in this way and to withdraw this and other complaints against Dündar and Gϋl.’

‘Can Dündar and Erdem Gϋl have been reporting on an issue of public interest, fulfilling a vital role for the Turkish public as journalists. The ongoing war in Syria is a topic of great importance to the Turkish public and they have every right to know whether their government has been delivering arms across the border. The detention and prosecution of Dündar and Gϋl is an assault on press freedom and investigative journalism. We call on the Turkish judiciary to release them immediately and to drop the charges against them.’

Dündar has also been subjected to fierce attacks by the pro-government media in Turkey, who have accused him of treason, espionage and complicity in an international conspiracy against Erdoğan and Turkey.

Erdoğan’s lawyer has reportedly demanded two life sentences for Dündar in this latest criminal complaint and has accused him of: ‘forming an illegal organisation, crimes against the state, obtaining confidential information pertaining to national security, political and military espionage, unlawfully making confidential information public and attempting to influence a trial’. This is at least the fourth case that Erdoğan has attempted to bring against Dündar in the last 13 months, including an ongoing defamation case.

PEN International promotes literature and freedom of expression and is governed by the PEN Charter and the principles it embodies: unhampered transmission of thought within each nation and between all nations. Founded in 1921, PEN International connects an international community of writers from its Secretariat in London. It is a forum where writers meet freely to discuss their work; it is also a voice speaking out for writers silenced in their own countries. Through Centres in over 100 countries, PEN operates on five continents. PEN International is a non-political organisation which holds Special Consultative Status at the UN and Associate Status at UNESCO.