Turkey-EU relations, which has not been realised fully yet. 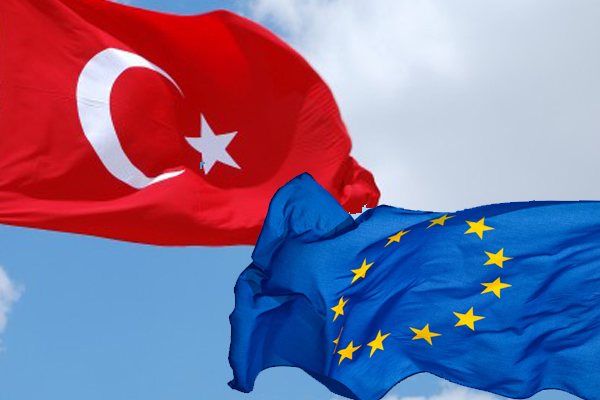 AVRUPA TIMES/BRUSSEL-TurkeyandtheEUdiscussedtheimportanceofovercomingthecommonchallengesahead.Inlinewiththeconclusionsof the European Council of 15 October, they agreed that the accession process needs to be re-energized. They are committed to carry further their existing ties and solidarity and adopt result-oriented action to prepare their common future. They are determined to confront and surmount the existing risks and threats in a concerted manner to reinforce the European Project. Recalling the final declaration of the last G20 in Antalya, as well as the 2249 UNSC resolution, Turkey and the EU reaffirm that the fight against terrorism remains a priority.

For this purpose it was agreed that a structured and more frequent high-level dialogue is essential to explore the vast potential of Turkey-EU relations, which has not been realised fully yet. In this framework, both sides agreed to have regular Summits twice a year, in an appropriate format. Regular summits will provide a platform to assess the development of Turkey-EU relations and discuss international issues. Regular discussions and cooperation on foreign and security policy should be enhanced including on counter-terrorism against the background of serious security challenges notably the rising threat of terrorism in all its forms and manifestations. In this context, the two sides agreed to have comprehensive regular political dialogue meetings at Ministerial/High Representative/Commissioner level. These will be in addition to the regular Association Council meetings. High level dialogues should also be conducted on key thematic issues.

BothsideswelcomedtheannouncementtoholdtheIntergovernmentalConferenceon14December2015foropeningof chapter 17. Furthermore, they noted the European Commission's commitment to complete, in the first quarter of 2016, the preparatory work for the opening of a number of chapters without prejudice to the position of Member States. Preparatory work could subsequently begin also on further chapters.

TheEUwelcomedthecommitmentbyTurkeytoacceleratethefulfilmentoftheVisaRoadmapbenchmarksvis-à-visall participating Member States. The European Commission will present the second progress report on the implementation by Turkey of the visa liberalisation roadmap by early March 2016. Both sides agree that the EU-Turkey readmission agreement will become fully applicable from June 2016 in order for the Commission to be able to present its third progress report in autumn 2016 with a view to completing the visa liberalisation process i.e. the lifting of visa requirements for Turkish citizens in the Schengen zone by October 2016 once the requirements of the Roadmap are met.

TheEUwillprovideimmediateandcontinuoushumanitarianassistanceinTurkey.Itwillalsoexpandsignificantlyitsoverall financial support. A Refugee Facility for Turkey was established by the Commission to coordinate and streamline actions financed in order to deliver efficient and complementary support to Syrians under temporary protection and host communities in Turkey. The EU is committed to provide an initial 3 billion euro of additional resources. The need for and nature of this funding will be reviewed in the light of the developing situation. As Turkey hosts more than 2.2 million Syrians and as it has spent 8 billion US Dollars, the EU thus underlined the importance of burden-sharing within the framework of Turkey-EU cooperation. In this context, they underlined the contribution by Member State and existing EU resettlement schemes and programmes.

TurkeyandtheEUhavedecidedtoactivatetheJointActionPlanthathadbeenagreeduntilnowadreferendaon15 October 2015, to step up their cooperation for support of Syrians under temporary protection and migration management to address the crisis created by the situation in Syria. Results must be achieved in particular in stemming the influx of irregular migrants. The EU and Turkey agreed to implement the Joint Action Plan which will bring order into migratory flows and help to stem irregular migration. As a consequence, both sides will, as agreed and with immediate effect, step up their active cooperation on migrants who are not in need of international protection, preventing travel to Turkey and the EU, ensuring the application of the established bilateral readmission provisions and swiftly returning migrants who are not in need of international protection to their countries of origin. Equally, they welcomed the intention of Turkey to adopt

immediately measures to further improve the socio-economic situation of the Syrians under temporary protection. Both sides underlined their shared commitment to take decisive and swift action to enhance the fight against criminal smuggling networks.

8. AsstipulatedintheEuropeanCouncilConclusionsonEnlargementofDecember2014,TurkeyandtheEUhavebeen working on the establishment of a High Level Economic Dialogue Mechanism which will contribute to further enhancement of economic relations and create a business platform to bring business circles together. They agreed to launch it in the first quarter of 2016.

9. TheywelcomedtheestablishmentofaHighLevelEnergyDialogueandStrategicEnergyCooperation,whichhadbeen launched in Ankara on 16 March 2015. A regular exchange of information on energy cooperation at the global and regional level serves to the benefit of both sides. They agreed to hold the second meeting of this kind in the first quarter of 2016.

10. TheytooknoteofthelaunchingofpreparatorystepsforupgradingtheCustomsUnion.Aftercompletionofthispreparatory work by both sides, formal negotiations could be launched towards the end of 2016.

11. Alltheseelementswillhavetobetakenforwardinparallelandmonitoredclosely.TurkeyandtheEUaredeterminedto advance together the widespread spectrum of their actual agenda to ensure that this fresh impetus yields concrete results.