Turkey's Kurdophobia as a Precursor to Kurdish Genocide, The Case of Kobani

Turkey’s Kurdophobia as a Precursor to Kurdish Genocide 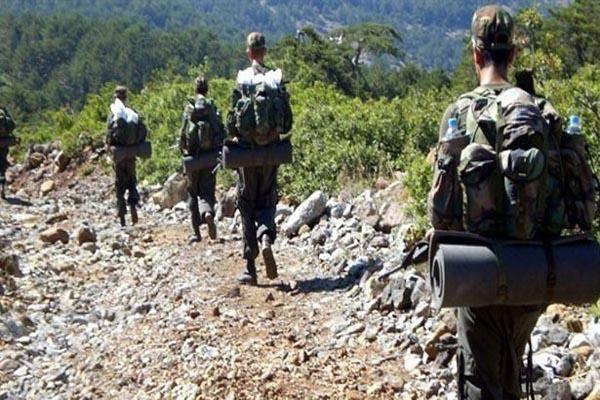 Recently, the international community called upon Turkey’s President Erdoğan to take steps to help the Kurds in Syria who had been held under siege by the Islamic State of Iraq and the Levant (ISIL) from mid-September 2014 to January 26, 2015. However, Turkey did not react to ISIL’s heavy attacks and did not assist the Syrian Kurds in defending themselves. In this article, I attempt to explain Turkey’s hesitation to help the Kurds who were under threat of genocide by ISIL. The article suggests that Turkey’s inaction can be explained by the country’s Kurdophobia. I advance this by first explaining Turkey’s actions towards the Kurds historically and then vis-à-vis Kobani –a Kurdish town in northern Syria bordering Turkey. Further, I discuss how Turkey’s Kurdophobia has been shaping Turkey’s policy choices. The article states that Ankara’s recent stance against the Kurds and Kurdish semi-autonomy in Syria almost brought genocide to the civilians and defenders of Kobani. It also agitated the Kurds and degraded Turkey’s international standing. I further maintain that Turkey’s policies have generated counterproductive outcomes for the Turkish Republic. Its Kurdophobia has perpetuated a self-fulfilling prophecy wherein Ankara’s hostile strategy has distanced Kurds and provoked an antagonistic reaction from them. I end by arguing that if Ankara wants to encourage perpetual peace in Turkey, it must abandon its Kurdophobia.

The outbreak of the Syrian civil war in the spring of 2011 turned Syria into a war zone. The Syrian government’s brutal response to early non-violent demonstrations paved the way for opposition groups to turn into armed movements. Over the course of the escalating conflict, some opposition groups radicalised and some jihadist groups gained considerable strength. Despite numerous regional and international attempts to find a diplomatic solution to the Syrian conflict, the Syrian government of Bashar Al-Assad and the anti-government groups preferred obduracy by pursuing their war –that is, the total humiliation and annihilation of the other side.

The report states that the government forces, as well as the anti-government rebellion groups, perpetrated massacres and conducted pervasive attacks on civilians, carried out systematic murder, torture, rape, sexual violence and enforced disappearance. In addition, they recruited and used children in hostilities, and they disregarded the special protection accorded to hospitals, medical and humanitarian personnel. The Syrian government’s indiscriminate and heavy aerial bombardments and shelling brought about significant civilian casualties. The Government’s numerous violations also included the execution of civilians, which was evidenced in a leaked confidential report.[3] The Commission report further maintains that Bashar Al-Assad’s government used chlorine gas and chemical weapons. Relatedly, France’s foreign minister, Laurent Fabius, expressed that even though Syria agreed to stop using chemical weapons by officially joining the UN Chemical Weapons Convention,[4] the Syrian regime has subsequently continued to use chemical weapons fourteen times since joining the UN Committee.[5] In fact, on some occasions, there were clear signs of, and indeed forensic evidence of, the use of chemical weapons.[6] Anti-regime groups’ car bombings have further terrorised the civilian population.[7] A Human Rights Watch reported that opposition groups executed and conducted unlawful killings of many civilians, including women and children.[8] Both sides, as the United Nations and other international and regional organisations’ reports affirmed, have committed gross violations of international human rights and war crimes that amount to crimes against humanity.[9]

The Syrian Civil War, as the UK-based Syrian Observatory for Human Rights (henceforth Syrian Observatory) documented, has left nearly 300,000 people dead, including 63,072 civilians (containing 10,377 children and 6,603 women) since the beginning of the Syrian uprising until December 1, 2014.[10] The conflict affected 10.8 million of Syria’s 22 million population, displaced 6.5 million internally by mid-2014[11] and resulted in 3,725,940 registered Syrian refugees[12] –not to mention the wanton destruction of the country and psychological desolation of Syrian people. Beyond such devastation, the prolonged civil war has induced epidemics of infections that have spread through hapless populations in Syria and in neighbouring countries.[13] The war has resulted in devastating humanitarian consequences; millions of Syrian refugees have faced financial, political, and logistical challenges.[14] Refugees have experienced considerable destabilisation that has affected the entire region, threatening the fragile stability of surrounding countries such as Lebanon, Jordan, Iraq and even Turkey.

Turkey’s relations with Syria had been historically tense through the 1990s due to Damascus’ alleged support for the Partiya Karkerên Kurdistani (Kurdistan Workers’ Party) (PKK) –a Kurdish insurgency fighting against the Turkish government since 1984 for the communal rights of and autonomy for the Kurds in Turkey. Accordingly, Turkey was on the brink of declaring war on Syria in 1998 as the latter supported the PKK. Facing a real danger of military conflict with Turkey, in October 1998 Damascus signed the Adana Memorandum, which designated PKK as a terrorist group and required Damascus to end its activities in Syria and expel this movement, including its leader, Abdullah Öcalan, from Syrian territory.[15] After signing the Memorandum, Turkish-Syrian political relations improved considerably, marking a new phase of good will.[16]

These good relations continued unperturbed even as the civil war erupted in Syria. With the rising violence, Turkey advised Assad to heed the Syrian people’s rightful demands. Consequently, then the Minister of Foreign Affairs Davutoğlu conducted a series of meetings with Damascus. However, Turkey’s relations with Assad deteriorated as violence escalated in Syria. When a Turkish fighter jet was shot down on the June 22, 2014 due the claim that the jet was in Syrian airspace, tensions intensified between the two countries. However, the real shift in Turkish policy came when Assad took the decision to withdraw from northern Syria, thus leaving room for Kurdish self-control. Turkey suddenly became a fervent opponent of Assad’s rule and called for international action to topple the Syrian regime.[17] Cockburn argues that Turkey’s position had been clear since July 2012, when the Syrian army, under pressure from rebels elsewhere, pulled out of the main Kurdish areas.[18] Overthrowing the Assad government became a Turkish policy priority, even at the expense of supporting radical jihadist factions in Syria, as U.S. Vice-President Joe Biden elucidated.[19]

Despite relative periods of ease since 1923, the repression of the Kurds and their basic rights remained on Ankara’s agenda. Gunter says that following Turkey’s nationalist victory, a series of steps were taken in an attempt to eliminate the Kurdish presence in the new Republic of Turkey through legal sanctions and gradual, forced assimilation. On March 3, 1924, for example, a degree banned all Kurdish schools, organisations, and publications.[20]

In its history Turkey outlawed the Kurdish letters of Q, X, and W; endeavoured to eradicate Kurdish names in Kurd-populated areas and/or replace them with Turkish names; banned the words Kurdistan and Kurd; criminalised speaking of the Kurdish language; barred listening to Kurdish music; and even arrested people for putting on the traditional Kurdish scarf, pushi. Süleyman Demirel during his presidency in 1993 put forward that he was against even the possibility of any language reforms for Kurds or granting them cultural rights, arguing that these reforms constitute a threat to the unity and territorial integrity of Turkey.[21] Hugh Poulton elucidated Turkey’s approach towards the Kurds with an ethnic model, disclosing the Turkish state repression of all Kurdish basic rights that might lead to a separate Kurdish national consciousness.[22]

What was understudied and yet what crucially explains Turkey’s adverse approach towards the Kurds is one of fear, that is, the country’s deeply rooted Kurdophobia. I shall define Turkey’s Kurdophobia as the fear of Kurds and the independent Kurdish state, and/or any Kurdish gain that may threaten the Turkish state due to the country’s sizeable Kurdish population. Since its dawn, Turkey has persistently feared that any Kurdish gain –which may not necessarily be within the territorial boundaries of Turkey– may empower or inspire its most populous minority, the Kurds, to seek independence. Therefore, any Kurdish empowerment whether in the form of polity creation, military formation, or even regarding basic communal rights –which, Ankara believes, might lead the way to Kurdish statehood– have been considered a threat to the unity and integrity of the Turkish state. Consequently, Turkey has been apprehensive of the matters regarding the Kurds, their rights, or any Kurdish empowerment.

Turkey –due to its Kurdophobia– has long held the objective in its foreign policy to curb Kurdish activities, gains, and rights both within its neighbours’ borders and throughout Europe and the United States where Kurdish accomplishments were visible. Kirişci argues that Turkish foreign policy and Turkey’s relations with the external world have been affected by the Kurdish problem.[23] Ankara, for instance, had invested in eradicating the Kurdish parliament in exile and its activities in some European capitals, such as The Hague, Vienna, Copenhagen, Rome, Oslo, and Brussels, causing serious tension between Turkey and the governments of those respective capitals.[24] Demirel also expressed his distress over the European Union Copenhagen criteria on minority rights for applicant states because of Turkey’s genuine fear of separatism.[25]

Correspondingly, Ankara had vehemently opposed the creation of a Kurdish autonomous region in northern Iraq. Turkey had long feared that any institutional advancement in neighbouring Iraq would encourage Kurds and instigate an independent Kurdish state; thereby, it would threat Turkish integrity and indivisibility of its territory. Starting in the 1960s, Ankara had cooperated intensively with Baghdad in order to curb any Kurdish gains in northern Iraq.[26] Yet, this became inevitable with the American-led coalition’s no-fly zone in northern Iraq after the Gulf war in 1991. The no-fly zone created a safe haven for Iraqi Kurds and enabled them to begin forming autonomous institutional structures. Turkey had vociferously resisted Kurdish gains in northern Iraq. However, Turkey reluctantly acquiesced after Kurdish leaders reassured Ankara that the autonomous government would not pursue independence for the Kurds but would cooperate with all Iraqi opposition to form a democratic alternative to Saddam Hussein’s regime, thus preserving Iraqi unity.[27] The Turkish state till recent years did not recognise the Kurdish Autonomous Region (KRG) as a de jure provincial government. Today, however, Turkey asserts that the KRG is a vital partner in the region and undeniable revenue for Turkey, not only boosting the Turkish economy but also reducing Ankara’s dependency on Iranian and Russian energy.[28]

In short, Turkey has unremittingly resisted any Kurdish gain in anywhere, including outside Turkey’s boundaries. Enfranchisement of the Kurds has been perceived to constitute a paramount threat to the Turkish state system and its territorial integrity as it may lead to Kurdish independence, a fear that Ankara still holds.

Please cite this publication as follows: