President Trump has unleashed another Twitter storm, infuriating officials in London. This has posed special challenges for the US UK relationship. 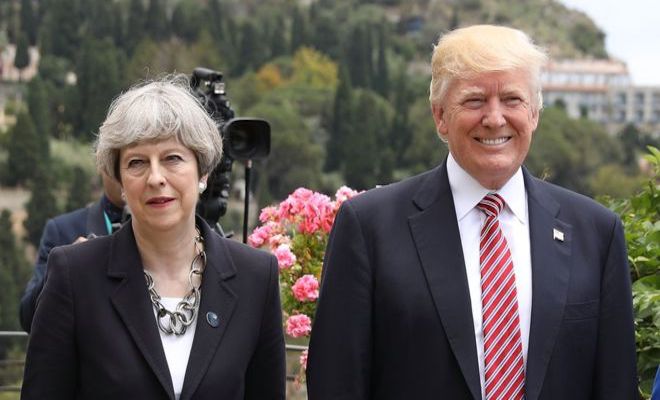 Then Trump went after Khan again on Monday, tweeting that he was offering only a "pathetic excuse" for the mayor's earlier statement that Britons should remain calm in the wake of the terror attack. Many British officials are enraged - especially those who work in counterterrorism. Still there's little chance that they'll break up with the Americans. For both sides, there's too much at stake. The relationship has had its ups and downs under the Trump administration. At certain times, the president and his aides have shown their commitment to the relationship - and said that they want things to work. They've shown their concern in different ways. Standing outside Nato's new building in Brussels last month, Sean Spicer, the White House press secretary, scrolled impatiently though his phone, looking for my email address. He wanted to send a message, and he was in a hurry. Tapping on the keypad, he told me: "It's from the president." It was a presidential statement that condemned leaks in the US media and the way that news outlets had revealed details about a terrorism investigation in Manchester. The UK investigators were angry about the leaks and said that they didn't want to share any more information with the Americans: the Britons didn't want their secrets revealed.