TRNC Speaker Siber, Being unrecognized should not prevent international representation

Siber also added that listening to only one side on the Cyprus issue, a longstanding dispute, is against the Inter-Parliamentary Union’s dialogue and communication policy. 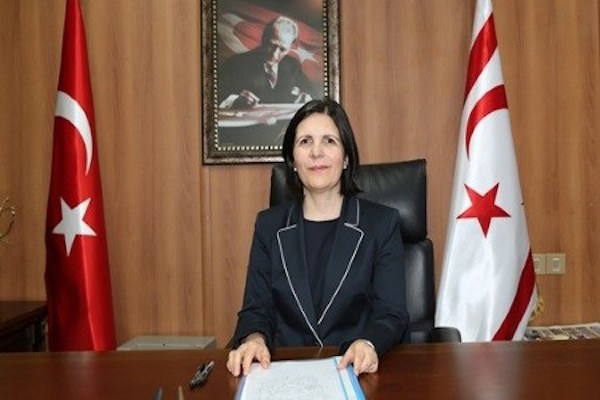 AvrupaLondon - TRNC Speaker of the Assembly Sibel Siber stressed that the political embargoes and isolation imposed on the TRNC should not preclude the representation of Turkish Cypriot people in the international arena. Siber, who has been in Russia for the 137th Inter-Parliamentary Union (IPU) General Assembly, referred to a speech delivered by Putin which stated that “parliamentarians who are elected by the people through the democratic process should not be subject to international restrictions.” Pointing out that the Turkish Cypriot people have their own democratically elected parliament, Siber said that the imposed political embargoes and diplomatic isolation should not preclude representation of the Turkish Cypriot people in the international arena. She stressed the importance of dialogue as a solution to conflict in the world today and noted the paradox inherent in isolating representatives who have been elected by the Turkish Cypriot people. Siber also added that listening to only one side on the Cyprus issue, a longstanding dispute, is against the Inter-Parliamentary Union’s dialogue and communication policy. Expressing hope that positive steps will be taken on this issue and that all restrictions will be lifted on Turkish Cypriot representatives in the future, she said the TRNC government will continue to promote its initiatives and efforts on this issue on every platform. Siber stated that it made little sense to withhold the TRNC’s observer status to the Inter-Parliamentary Union, the largest and oldest inter-parliamentary union in the world, given that the TRNC has been accepted in the Parliamentary Assembly of the Council of Europe and has also been granted observer status within the Parliamentary Union of the Organization of Islamic Cooperation.