A Haringey police officer will be taking to two wheels to cycle 985 miles from London to Barcelona and raise money for Whizz Kidz a charity that provides wheels in the form of wheelchairs, and other mobility equipment and support, to disabled young peopl 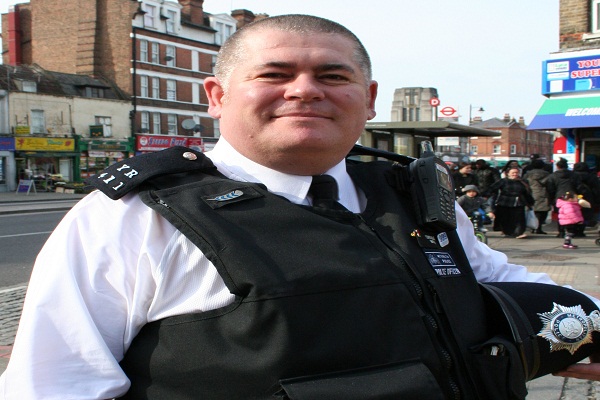 PC Martin started preparing for the ride, planning routes, two years ago to combat a gain in weight. With a military background, he had previously been physically fit and wanted to regain his fitness.

Since starting training, a regime that he is gradually building up to increase his endurance, PC Martin has dropped six-and-a-half stone, from 22 stone to 15-and-a-half.  He upped the anti on his training last Summer and started putting in about 1,000 miles a month.

Then, in November 2012, medical issues caused him to seek medical attention and he found out through doctors that he was diabetic. "Learning to manage the diabetes has been another challenge" PC Martin said, "I'll ride about 30 miles, monitor my blood sugar, then continue. I have a sports company assisting and providing advice on how to manage it."

"In September, I've got 10 days to pace myself and achieve this, I'll be increasing the length of my rides. The longer days’ cycles are flatter, and the shorter ones are the more intense hill climbing. At the moment I’m doing around 70 miles in the longer cycles and will build that up to 100 miles several times a week. I'll also be riding about 27 Sportives and doing four legs of the Tour-de-France in preparation, building the length of intensity of training and factoring in recovery time."

Asked why he chose to support Whizz Kidz, PC Martin said: “I didn't only want the ride to be about helping myself, I wanted to help others too.

"I've got two children myself and I wanted to support a charity that helps young people. I felt that there are many charities that already get a lot of publicity and support. I found Whizz Kidz and chose to support them, because I like what they are doing and want more people to know about them."

To support PC Martin as he raises money for Whizz Kidz, visit his charity fundraising page at: http://www.justgiving.com/Shane-Martin1