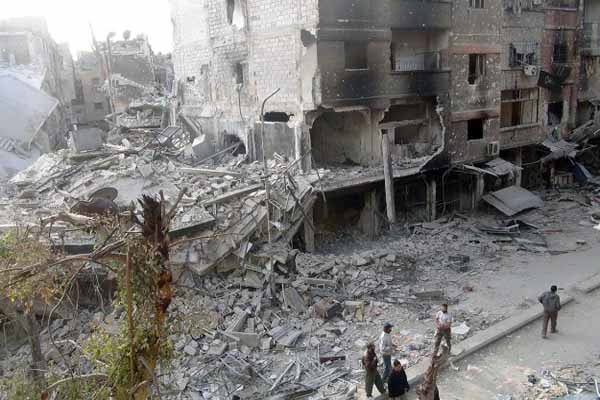 "As many as 2,000 people have been killed over the last 20 months in Syrian regime attacks in Jobar region of Damascus," the Local Coordination Committees of Syria said in a statement Saturday. The Syrian regime hit the region with missiles and vacuum bombs after the Free Syrian Army blew up two government headquarters in the region, the statement said. Regime forces have attacked more than 10 times with poisonous gas in Jabar, it added. The group reported that water and electricity have been cut in the region since last year and no humanitarian aid and medical supplies had entered. Syria has been gripped by civil war since March 2011. A recent UN report has said more than 191,000 people are believed to have been killed in the conflict.