The Turkmen of Iraq vulnerable ethnic and religious components 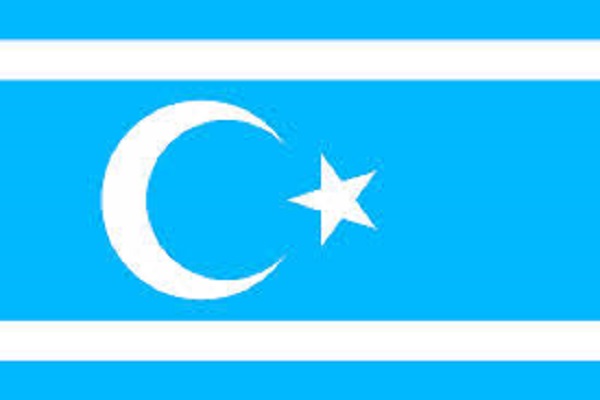 I would first and foremost like to thank the Delegation for Relations with Iraq and the Human Rights Subcommittee for inviting the Unrepresented Nations and Peoples Organization, once again, to provide an update on the situation of human rights and minorities in Iraq. I was asked to put special emphasis on the situation of the Iraqi Turkmen, as their situation at the moment is indeed very precarious and in need of targeted assistance.

The Iraqi Turkmen are the third largest group in Iraq, with estimates of around 3 million people. They are concentrated mainly in the northern part of Iraq and in the Autonomous Kurdish Region. The largest compactly settled group of Iraqi Turkmen lives in the so called “disputed territories”, notably in the city and province of Kirkuk, considered as their capital. Sparring between Iraq’s central government in Baghdad and the Kurdistan Region Government (KRG) in Erbil is frequent, particularly with regard to the country’s oil and gas rich disputed territories, notably Kirkuk.

The Turkmen of Iraq, together with other vulnerable ethnic and religious components, continue to face disproportionate risks to their lives, cultural traditions, and property. An instable political and security situation, targeted violence based on racial, ethnic, religious or gender bias, de jure and de facto discrimination, and a lack of institutional support and protection at most levels of government, have caused several from minority groups to urgently leave Iraq. Is this a form of ethnic cleansing?

The Iraqi Constitution of 2005 sets a satisfactory framework in terms of minority protection and recognizing the multinational component of the country1 - specifically anti-discrimination and cultural provisions. However, Iraq is lacking laws and infrastructure to effectively implement these provisions.

The continued insecurity Iraqi Turkmen are facing, even after the new Constitution entered into force, takes gruesome proportions: teachers being tortured and burnt alive, a terrorist attack targeting a tent full of mourners for a man who himself was assassinated by terrorists, suicide bombings and abductions, and many other incidents inciting fear are, sadly enough, commonplace for the Turkmen.

Physical security is not the only matter of concern for the Turkmen population in Iraq, but also their lack of economic security, which has in many cases forced them to flee from their land. 2

Confiscation of land was one of the major features of the assimilation policies of the Ba’ath regime. The total surface area of the lands confiscated in the Kirkuk region was 357 million square meters, of which about 80% was Turkmen-owned. In spite of property legislation demanding the return of seized lands, very little Turkmen land has been restored and very few Turkmen have been compensated for these confiscated lands. Currently, there are more than 41 thousand complaints registered with the Property Claims Commission of Kirkuk. Of these complaints, only 7.7% of the cases have been decided. Similar to this is the case of Beshir village, in which the Turkmen families were victims of deportation and confiscation of land. Despite handling their complaints together before the Property Claims Commission in 2005, the Iraqi authorities have not yet responded.

In November 2013, the administration of Kirkuk Province, in cooperation with its Security Forces, used violent methods to repress the Turkalan villagers’ protests against the illegal appropriation of a great part of their agricultural land for the installation of a sewage project. The Iraqi government illegally confiscated 332 acres of the village, despite the objection of the land owners who had obtained a Court decision to halt the project. As a consequence of the events, 5 young villagers were arrested. In an attempt to boycott the coverage of the incidents during the protests, Special Forces confiscated television cameras and mobile phones containing footage of the event.

In 2011, in a previous DROI hearing held in the European Parliament on the Iraqi Turkmen, UNPO stated that there were no measures in place to address the Turkmen insecurity. I am profoundly disappointed to have to reiterate what I said 2 years ago. The situation for the Iraqi Turkmen did not change for the better at all, despite the European Parliament’s resolutions from 14 March 2013 and 10 October 2013 on the plight of the Turkmen, in which it expressed its deep concern at the increasing acts of violence against them and called the Iraqi authorities to improve the security and combat terrorism.

It is important to note that the Partnership and Cooperation Agreement EU-Iraq, signed on 11 May 2012, provides a basis for legislative cooperation alongside the trade provisions. Despite Lady Catherine Ashton’s statement, on 18 June 2013, condemning the wave of attacks in Iraq and encouraging all political forces to create a common front against all forms of violence, the situation has remained the same. The same statement mentions that Lady Ashton also signed an agreement providing Iraq with the amount of 4 million Euros of EU funding to create an Energy Centre. Why is this agreement mainly ignoring the legislative cooperation that will help the Iraqi state to develop the ‘so-needed’ legislation to implement the Constitutional provisions and International treaties?

This week, the UN SC issued a statement on the violence in Iraq, stressing the need to bring those responsible for the violence to justice and called on Governments to cooperate with Iraqi authorities to hold the perpetrators to account. This is a welcoming step to put an end to this conflict, but clearly much more needs to be done. Long term hostilities and conflicts between ethnic and religious groups in Iraq are deteriorating the political system, which is largely based on ethnic and religious divisions. This is in my opinion, a recipe for disaster in a country with mixed ethno-religious populations. A democratic system securing ethnic and religious rights and sanctioning discrimination is the only peaceful solution for the Turkmen and other ethnic minorities in Iraq.

International obligations and measures must be taken to ensure that the age-old tolerance and coexistence, which made Iraq a unique place in the Middle East, is not lost forever.