DOLLAR 18,59
EURO 18,33
GOLD 1.022,71
BIST 3.553,85
A £500k boost for nature in Enfield
Play time at Oakthorpe Primary School in Bowe
The Turkish National Security Council has invited all countries to recognize...
Edmonton’s fascinating history, heritage and identity is being explored...
Some mortgage deals have been withdrawn by banks and building societies
1St Qeeg Guided Rtms Tdcs Research Conference held on Oxford University
The British pound slipped to 1.1187 against the US dollar on Friday, its...
London’s Transport Commissioner Andy Byford set to leave TfL
Tax cuts are likely to push UK borrowing and debt to unsustainable levels
Karaca launches limited-edition collaboration with visionary designer... 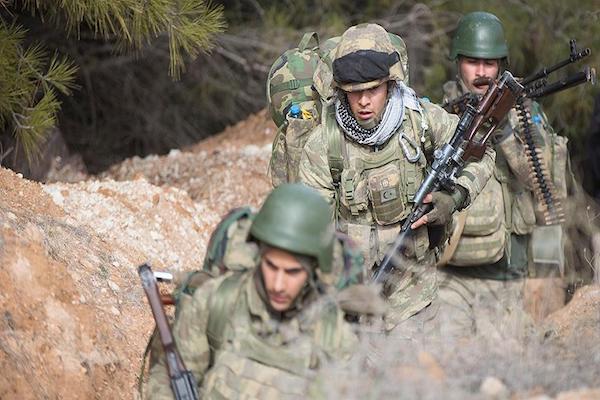 AVRUPALONDON - The Turkish Armed Forces and the Free Syrian Army (FSA) on Monday captured the strategically important Mt. Barsaya in Afrin, Syria, according to Anadolu Agency correspondents in the region.The terrorist organization PYD/PKK had been using the mountain - which overlooks Syria’s Azaz district and the Turkish province of Kilis -- to attack civilians with howitzers and missilesSeparately, the villages of Sheikh Badi, Marso and Haftar were also captured in northern Syria’s Bulbul district.With the newest land taken, the number of captured areas totals 15 on day three of Operation Olive Branch, which aims to establish security and stability along Turkish borders and the region as well as to protect the Syrian people from the oppression and cruelty of terrorists, according to the Turkish General Staff.