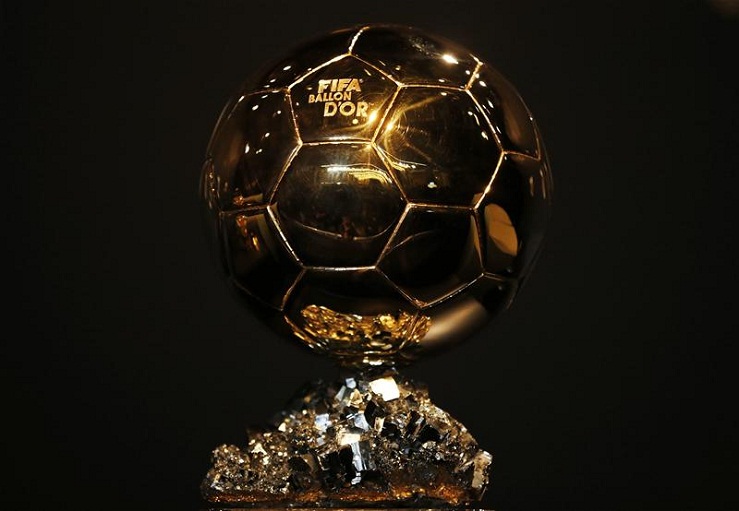 16.15 We have an email here from Adham Assaad. I'm not sure I follow his interpretation or his logic. But, you know, it's 2015. E-mailMessi should win it no doubt. Compared to Ronaldo, Messi has three goals fewer than CR7 who is having his best year ever, while Messi's having his supposed "bad year".

Ronaldo may have taken the Champions League and Copa del Rey as a major trophy but failed to really impose himself in either final. Messi meanwhile managed to reach limits that others would dream of, whilst still being criticized for having a poor year. He's set the standard so high. The World Cup showed that Ronaldo couldn't perform for his national team, while Messi was taking an injury prone Argentina all the way to the final. Neuer in my opinion, is slightly over-rated. He's only being rated the way he is because he uses his feet more often and acts as a fifth defender on occasion, however he is not the first to do this. While I do respect goalies and feel they are generally underrated. I don't think Neuer deserves this. And of course, the final part of year... Messi became top scorer of La Liga and the Champions League all in one week. His vision and passing range have all also improved making him a much more complete player.

Oh come off it Ahmed. He's a terrific player, but he's not been at his best this year. In what sense has his vision improved? Neuer is over-rated? Playing behind Germany's defence? Really? Blimey 16.11 Here they are, all together again. From left to right it's Ross Geller, Chandler Bing and Joey Tribbiani.

16.03 Fifa TV is showing pictures of the red carpet. There's no one on it yet. But as far as live pictures of scarlet floor coverings go, this one is Bafta-worthy.

I'll take bets on that. He won't be playing for Newell's Old Boys next season. Though, of course, Paul is right. It was pointed and designed to have an effect. And the effect is Leo Messi 1-0 Luis Enrique 15.55 Because the Fifa Ballon d'Or has been running for only five years and has been won three times by Lionel Messi and once by Cristian Ronaldo, there seems little point arguing about who is the least deserving Ballon d'Or winner in history. (It's Messi or Ronaldo, obviously). So let's widen it to the old European Footballer of the Year award run by France Football. And my nominations are: Jean-Pierre Papin in 1991, Allan Simonsen (open goal) in 1977 and Igor Belanov in 1986. All fine players but Dejan Savicevic should have won in 1991, Kevin Keegan in 1977 and Gary Lineker or Victor Piturca in 1986. 15.39 Each one of these global ambassadors for the official auotomative sponsors of the Champions League has picked himself in his own world XI. It's all gone Elisabeth Schwartzkopf.

15.32 Nissan, "the official automotive sponsor of the Uefa Champions League", has been canvassing the opinions of its global ambassadors Yaya Toure, and Thiago Silva on their World XIs for 2014. Here they are:

15.30 The future of both Cristiano Ronaldo and Lionel Messi is in God's hands, apparently. No one can say whether they will ever leave their current clubs or not.

15.28 Some declaration bowling gong on here. Can Leo win his fifth this year or next year? No one is asking poor old Manuel anything.

15.25 Hello. Cristiano Ronaldo is talking. A Sir Robin Day asks him whether he would like a third Ballon d'Or. Surprisingly he says it is not that important. All three of them there want to win. And all of them deserve it. To be nominated is honour enough. Next question: what is the air speed velocity of an un-laden swallow?

15.20 Handing you over now to Rob Bagchi, who will take you through to the close at 4am Wednesday morning after Sepp Blatter's dance troupe have performed their final encore.

15.15 Someone has disagreed with the email below. Their name is Thang Uk. Here are the entire contents of their email, unedited, uncut