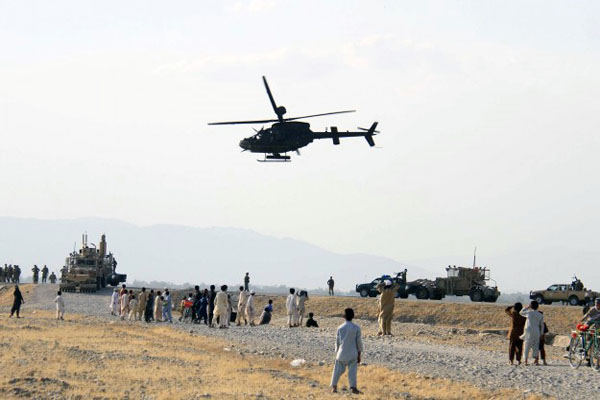 The newly emerged Jamat-ul-Ahrar group is being formed under the leadership of Qassim Khurrassani who had previously led a different splinter group named Ahrar-ul-Hind.  Former Tehrik-e-Taliban Pakistan spokesman Ehsanullah Ihsan, who has also switched to the new group, posted a 90-minute video on his Twitter page showing the new leader, former Taliban chief for the Mohmand region Omar Khalid Khurrassani and other commanders making the announcement. They said they would continue to follow the leader of the Afghan Taliban, Mullah Omar. "The formation of the new group had become essential after groupings and infighting within the TTP, which has weakened our struggle for a true Islamic system in Pakistan," Qasim Khurrassani said. "Some commanders have made the TTP hostage, and have deviated from the objective for which the TTP was formed." He warned that the Pakistani army, politicians, and "stooges" of western countries would be their prime targets.

The Tehrik-e-Taliban Pakistan network was formed by Baitullah Mehsud in 2007 but disputes about leadership and goals have contributed to the gradual breakup of the group, especially since the killing of Baitullah's successor, Hakeemullah Mehsud, in a November 2013 U.S. drone strike.

More than 100 Taliban fighters have been killed in infighting that has gripped the group since Hakeemullah's death and the appointment of Mullah Fazlullah as leader, the first who did not belong to the influential Mehdsud tribe.

The Mehsud tribe broke away from the main network in May, taking almost half of the Taliban's fighters and putting them under the leadership of renegade commander Khan Syed Sajna, who had been close to Hakeemullah.

Qasim Khurrassani's short-lived Ahrar-ul-Hind breakaway group collapsed in April, not long after it gained attention for its bombing of an an Islamabad court in March.