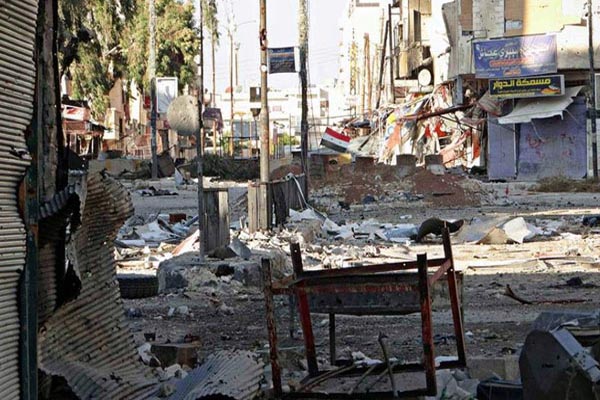 At least 64 people, including eight children and four women, were killed in attacks staged by the Syrian regime in several cities across the country on Friday, opposition activists said. Syrian regime forces killed 26 in the suburbs of capital Damascus, nine in Homs and Aleppo each, five in Hama and Idlib each, three in Daraa each, two in Idlib, and one in Quneitra and Hasaka each in air and land offensives across the country, said the Syrian Network for Human Rights (SNHR) which tracks civilian and dissident casualties.   Meanwhile, the opposition news agency MASAR Press reported that the armed opposition brigades of the Islamic Front, a merger of seven rebel groups involved in the Syrian civil war that was announced on 22 November, seized control in Al Jarba, Ibadat, Qasimiyya, Bahariya, Qayse and Deir as-Salam in East Ghouta region of Damascus, all of which were previously under regime control.

On the other hand, Syrian official news agency SANA announced that Syrian regime forces warded off many armed opposition groups in operations across the country, seized thier weapons and destroyed their vehicles.

Meanwhile, the SNHR said the death toll among children had exceeded 12,000 since clashes broke out in Syria in March, 2011.