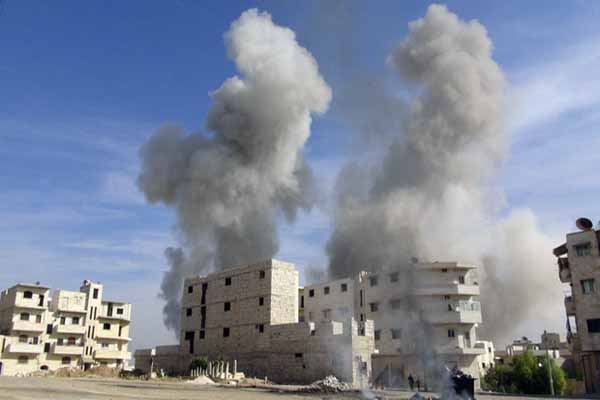 Syrian artillery and warplanes pounded rebel areas in Damascus on Saturday as President Bashar al-Assad's foes pleaded for advanced weapons from the United States, which has promised them unspecified military aid. Western powers have been reluctant in the past to arm Syrian insurgents, let alone give them sophisticated anti-aircraft missiles. Free Syrian Army (FSA) commander Salim Idriss told Reuters on Friday that rebels, who have suffered setbacks at the hands of Assad's forces in recent weeks, urgently needed anti-aircraft and anti-tank missiles, as well as a protective no-fly zone. "But our friends in United States, they haven't told us yet that they are going to support us with weapons and ammunition," he said after meeting U.S. and European officials in Turkey. A source in the Middle East familiar with U.S. dealings with the rebels has said planned arms supplies would include automatic weapons, light mortars and rocket-propelled grenades.

Russia, an ally of Damascus and fierce opponent of outside military intervention, warned on Saturday against any attempt to enforce a no-fly zone over Syria using F-16 fighter jets and Patriot air defence missile systems from Jordan.

"You don't have to be a great expert to understand that this will violate international law," Foreign Minister Sergei Lavrov told a news conference with his Italian counterpart in Moscow.

Western diplomats said on Friday the United States was considering a no-fly zone over Syria, but the White House said later that it would be far harder and costlier to set up one up there than it was in Libya, stressing that the United States had no national interest in pursuing that option.

Outgunned rebels have few ways to counter Assad's air power. The pro-opposition Syrian Observatory for Human Rights said jets and artillery had attacked Jobar, a battered district where rebels operate on the edge of central Damascus, on Saturday.

It said heavy artillery was also shelling opposition fighters in the provinces of Homs, Aleppo and Deir al-Zor.

A Turkish official said 71 Syrian army officers, including six generals, had defected to Turkey, in the biggest single mass desertion from Assad's military in months.

The United Nations says at least 93,000 people, including civilians and combatants, have died in the Syrian civil war, with the monthly death toll averaging 5,000 in the past year.