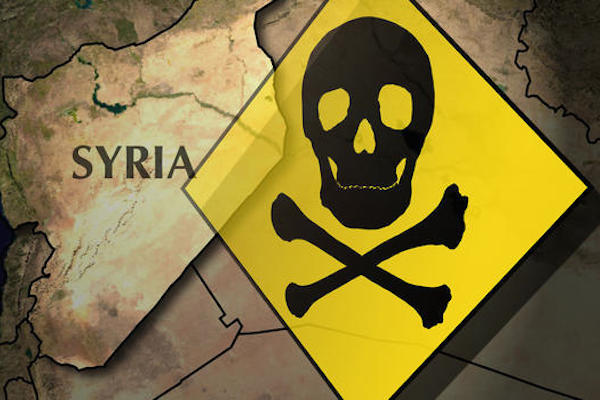 Syria’s most dangerous declared chemical weapons have been completely destroyed, the Organization for the Prohibition of Chemical Weapons has announced. The organization’s Director-General Ahmet Uzumcu said Thursday that 1,040 tons of category 1 chemicals had been verified as destroyed. He added that 94 percent of Syria’s entire declared stockpile of 1,301 tons had been destroyed. The remaining chemicals are being disposed of at facilities in Finland, the United Kingdom, the United States and Germany.
The UN Security Council decided last year to eliminate Syria’s chemical weapons after forces loyal to President Bashar al-Assad killed more than 1,000 people in a sarin gas attack on a Damascus suburb in August. Earlier Thursday, the UN commission on Syria reported that the regime dropped chlorine gas, which is not covered by the agreement, on civilian areas on at least eight occasions in April.