Syria issue to persist for 10 years, says US general 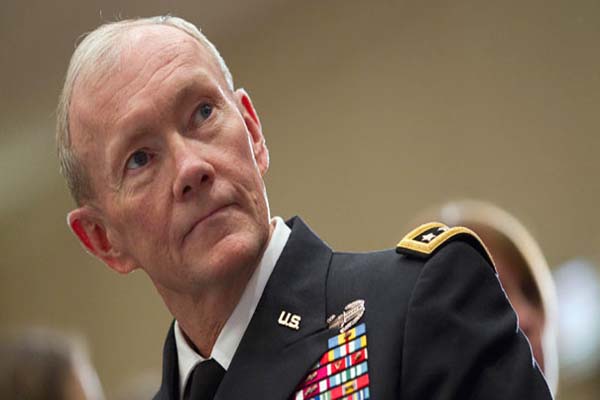 The United States faces "a 10-year issue" in Syria as it weighs how deeply it wants to get involved the country's civil war, the top U.S. military officer said in an interview that aired Sunday. US Army Gen. Martin Dempsey told CNN's State of the Union that the conflict is entwined in a regional issue that is now spilling over into both Lebanon and Iraq, and those underlying causes "will persist for 10 years." "It is related -- not exclusively -- but related to a competition at best and a conflict at worse between the Sunni and Shia sects of Islam, and it's been hijacked at some level on both sides by extremists -- on one side and Hezbollah and others on the other side," said Dempsey, chairman of the Joint Chiefs of Staff. He added, "This is about a 10-year issue, and if we fail to think about it as a 10-year regional issue, we could make some mistakes."