Syrian conflict is expected to dominate talks among leaders of the G8 nations meeting in Northern Ireland. 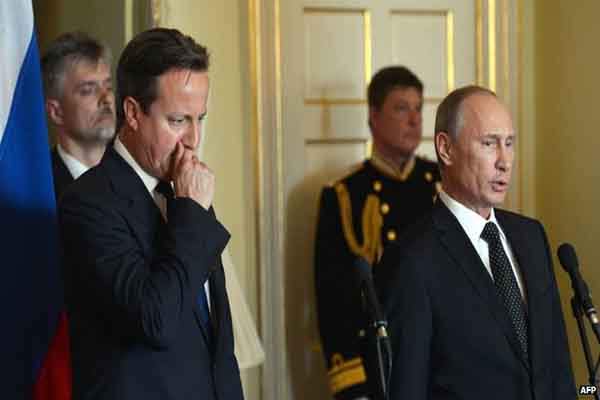 Western leaders have criticised Russian President Vladimir Putin for supporting Syria's Bashar al-Assad in his battle to crush a two-year-old uprising, setting the stage for what could be a difficult meeting of world leaders over Monday and Tuesday. British Prime Minister David Cameron, who chairs the summit, acknowledged there was "a big difference" between the positions of Russia and the West on Syria. Moscow said it would not permit no-fly zones to be imposed over Syria. Barack Obama, the US president, will meet Putin later on Monday and will try to convince the Kremlin chief to bring Assad to the negotiating table. They are due to meet at about 6:30pm local time (0530 GMT) at the Lough Erne golf resort. Both leaders now offer military support to opposing sides in the war. The European Union has also dropped its arms embargo on Syria, allowing France and Britain to arm the rebels. Germany, France, Japan, Italy and Canada will be represented in the two-day summit at the luxury lake-fringed Lough Erne golf resort in County Fermanagh. Russia remains a staunch supporter of the Syrian president in the conflict that has left more than 94,000 people dead, amid growing Western efforts to arm the rebels.

In London, Putin insisted that Moscow had abided by international law when supplying weapons to Assad's regime and demanded that Western countries contemplating arming the opposition do the same.

"We are not breaching any rules and norms and we call on all our partners to act in the same fashion," Putin said.

The Russian leader referred to a video released last month purportedly showing a rebel Syrian fighter eating the heart of a dead soldier.

He asked if the West really wanted to support rebels "who not only kill their enemies but open up their bodies and eat their internal organs in front of the public and the cameras".

Obama in his meeting with Putin will emphasise that Washington wants to keep alive a mooted Geneva peace summit co-organised with Moscow.

"There will be a lot of talk in the next couple of days about the idea of a peace conference in Geneva," Al Jazeera’s James Bays, reporting from County Fermanagh, said

"The reality, though, is this: the Russians believe the US has not done enough to bring the opposition to the negotiating table. The US and its western allies for their part believe that Putin could do more to stop Assad's ongoing onslaught.

"There's very little trust here and not much hope of a breakthrough."

The leaders of the most industrialised countries - representing just over half of the $71.7 trillion global economy - will also discuss global economy and trade.

The British prime minister has made tackling tax avoidance - which campaigners say costs about $3 trillion a year - a main part of the formal agenda at the summit.

He has turned up the pressure to clamp down on secretive money flows by pressing Britain's overseas tax havens into a transparency deal and announcing new disclosure rules for British firms.

The EU and US are due to announce the start of formal negotiations on a free trade deal that could be worth more than $100bn a year to each economy.

The summit is surrounded by the biggest security operation in Northern Ireland's troubled history, with around 8,000 officers on duty.

Heavily armed police in armoured vehicles are stationed at frequent intervals along the country roads leading to the summit venue near the town of Enniskillen.

Police say the expected anti-globalisation demonstrations have been smaller than expected so far.

They expect about 2,000 protesters to take part in an anti-G8 march in Enniskillen on Monday.