Sustainable solutions are needed for refugees

What kind of solutions are needed for the refugees 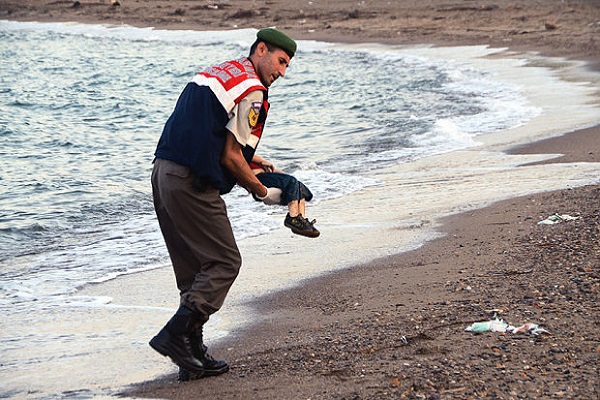 Ever since the outset of the “Arab Spring”, an uprising that took its roots early in 2010 in Tunisia, the Middle East has been variously ablaze as various factions attempt to wrest control of the region. Whilst these various groups appear to be disparate, they have one thing that is so clearly in common and that is the control of hydrocarbon assets. Ever since the overthrow of the Mosaddiq (Persian translation) government in Iran (by America) in 1953, the region has been in various forms of conflict ever since with the common denominating factor being the distress caused to ordinary people in those troubled lands. One of the countries most torn apart by internal conflict and proxy wars in the last 4 years is Syria (a country where this writer has had personal experience in very unusual circumstances) and this has led to the displacement of millions of people. As always it is the children who suffer most.

The Republic of Turkey shares a 750 Km border with Syria, indeed Turkey shares borders with other countries where turmoil and strife has been the watchword for decades and millions of people have transited through Turkey driven by the all consuming imperative of getting to Western Europe, ideally Great Britain. In excess of 2.5 million refugees from Syria have been taken in by Turkey and they live in tented villages, supported by Turkey and the Red Crescent, amongst others.

The UK has long been seen by many as the ‘panacea of all ills’ whereas the reality here is rather different. Today, there are thousands of people encamped in Calais all of whom will risk life and limb to get here. As this column is being filed for press, the overnight Eurostar train services have been severally disrupted by immigrants. The reality is we cannot absorb anymore and even if we could take some, how do you select the ‘lucky’ candidates?

There are those who would round up these people and return them from whence they came. Quite apart from being a callously cruel policy, the cost of doing so would be immense quite apart from the probability that there would almost certainly be casualties during the process. A complete re-think is required in order to achieve a workable compromise situation in a sustainable manner. Eco-villages could be one worthy of consideration. Essays published by this columnist in recent years have promulgated the idea of creating communities based upon energy farming and in support of this concept these ideas are shared below in the context of being the life-blood of sustainable communities for those fleeing all they once knew of what was for many their ancestral home for centuries.

Consider first of all that one of the greatest environmental blights that mankind has created for itself, particularly since the advent of consumerism arising arguably from the 1970’s, has been that created from municipal waste and the levels of this waste increases as the years tick by. Billions of tonnes of municipal waste have been land-filled or dumped at sea but most is piled high in ever increasing waste mountains. All of this can be converted from its current stinking ugly form to energy and other reusable by products. There is scarcely a landfill site in the world that could not reasonably host a Waste to Energy Plant some of which can consume some 2000 tonnes of municipal waste per day and converting it in the process to energy. Many of these sites could also host wind turbines and solar energy farms and so one site would then have three forms of renewable energy conversion ‘crops in the farm’, thus Multi-Crop Energy Farming.

But we can take this further still because again, depending upon the location and infrastructure, we could also house a Bio-Gas energy conversion plant which, by way of Anaerobic Digestion (accelerated decomposition) can convert all bio-degradable material such as waste food, animal waste, agricultural and even human waste into energy and also a viable composting material as a final by-product. Four crops therefore in one Multi-Crop Energy Farm. Add to this the Atmospheric Water Generation process which was discussed in a recent article and a further dimension comes into play.

The positive environmental impact that obtains in the embracing of the concept as set out above should be obvious but the social benefits need to be considered too. Energy Farms need people to ‘farm’ them and people need places to live. By extrapolation, one can envision how sustainable communities could develop and thrive around these Energy Farms. Villages and Towns constructed using Eco technology with energy efficient building materials such as compressed straw or paper yet with earthquake-proof foundations in certain locations. The communities waste goes back into the farm and with water-recycling for irrigation too, a whole eco-cycle is established in a single generation.

In the context of creating sustainable communities that might becoming thriving towns together with an infrastructure that includes schools, medical facilities and religious centres, the latter would naturally be the fulcrum of such communities, if the UN and a coalition of aid agencies would embrace the above concepts we could see an end to the mayhem of Calais or the mass-murder of Austria amongst other things. By an accident of birth we are all born and raised somewhere in the world; it is perhaps the duty of those of us more fortunate to guide those condemned to homelessness and fear to safe havens as espoused above.