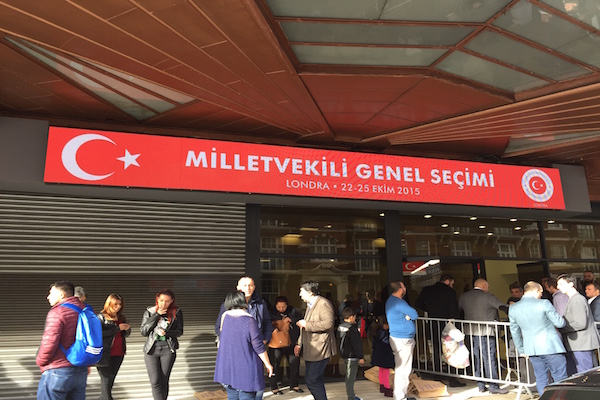 “On Sunday 25th October, I had the pleasure of attending ‘ASURE’, the Cemevi cultural and religious event, in Hackney. The occasion was another fine example of how the Turkish speaking communities in the UK are making such a fantastic contribution to our society and way of life.

Every hour buses were taking people from the event to Olympia to cast their vote in Sunday’s Turkish parliamentary elections. I know that Kirkisrak Community Centre has been organising trips as well.

These organisations, and many others, are playing an invaluable role in helping people to exercise their democratic right to vote.

The elections on 1st November – the second round of parliamentary elections in just five months – are a really important moment for Turkish politics and democracy.

I wish CHP – Labour’s sister party – every success in the elections. Also, I very much hope HDP will once again cross Turkey’s election threshold of 10% and do even better than the 13% share of the vote they secured in June.

We have all seen the deeply disturbing attacks on democratic rights in Turkey, particularly against supporters of CHP and HDP, and the appalling acts of violence committed against peaceful protestors, notably in Ankara earlier this month.

In light of the current circumstances, I pay tribute to the Turkish community for their commitment to democracy and peace.

Therefore, I urge President Erdoğan to show real leadership at this time. He must help to build a more stable political environment in the country and take meaningful steps to bring an end to the violence which we have seen.”