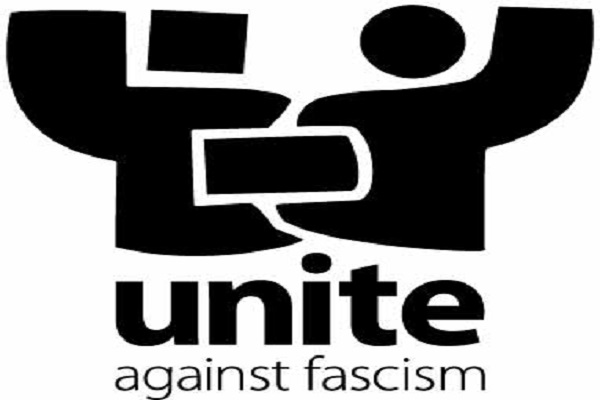 Unite Against Fascism (UAF) rejects the claims made yesterday by Nigel Farage that he has had to hire bodyguards due to threats of violence from us. We are democrats who oppose and condemn violence. Nigel Farage has had to hire bodyguards due to UKIP members making explicitly racist, sexist and homophobic statements. These have made UKIP deeply unpopular with all those that oppose such bigotry.

UAF is not funded by the tax-payer. This is a straightforward lie.

We have called for a vote against UKIP following a wide number of reports linking UKIP candidates to fascist groups including the BNP and EDL. Fascist groups have a history of violence and hatred against those that they target.  UKIP candidates have been exposed for their sexist, racist, homophobic and islamophobic