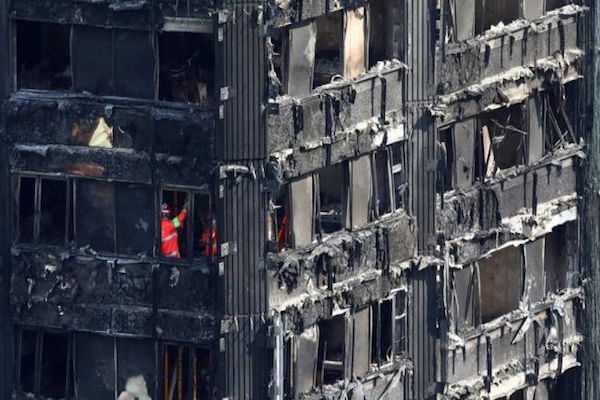 The new test checked the cladding in combination with the foam insulation that was used in Grenfell. It is thought nine blocks in Salford are the only local government-owned buildings to be affected so far. Local Government Association chairman Lord Porter said housing associations and private sector landlords will be among those that own the 60 tower blocks which failed the new fire test. He added that intellectual property rights on the installation of cladding systems means the identification of tower blocks affected by fire safety issues may not be made public. The Department for Communities and Local Government will publish its full findings of the "whole system fire test", along with guidance, later this morning. At least 80 people died in the Grenfell Tower fire in North Kensington on 14 June.