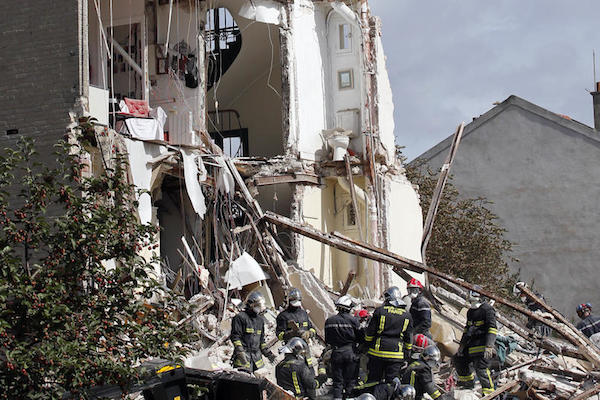 The death toll from a collapsed building in Rosny-sous-Bois, near Paris, has risen to six  after two more bodies were recovered from the wreckage Sunday evening. The casualties also include an eight-year-old child and two women. One of the latest victim, a teenager, was from the family of one of the dead women. Rescue workers are still searching the rubble of the collapsed residential building to find two missing children. The rescue efforts are complicated by the flimsiness of the building, an Anadolu Agency correspondent reported from Paris. Bernard Turner from the fire department told reporters that there were fears that the standing part of the building may also collapse. Earlier, France's Interior Minister Bernard Cazeneuve told French BFMTV from the site that a four-storey residential property collapsed following an explosion that was likely caused by a gas leak. Cazeneuve said that an investigation into the collapse is ongoing "and until it is complete, we can have no certainty" as to what caused it. Ten people were injured in the incident and taken to nearby hospitals. Four were reported to be in a serious condition.