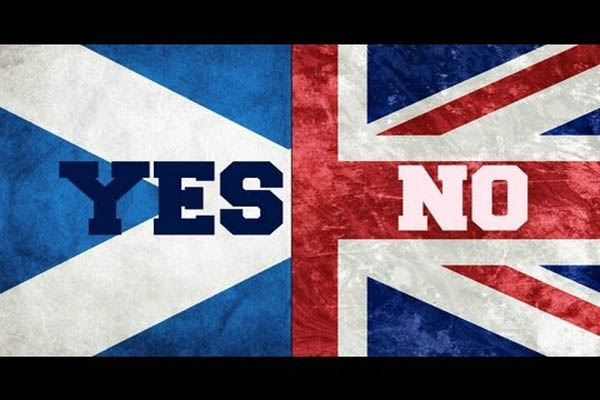 Ever since the Scottish National Party (SNP) won in 2012, the independence debate has captured imagination but divided opinion. Scottish voters will be asked to answer Yes or No to the question: “Should Scotland be an independent country?” Scotland has approximately 77,000 Muslims in a total population of 5.3 million (1.5%), with the majority describing themselves as of Pakistani descent, according to the 2011 census. This compares with 4.8% of the population being Muslim in England and Wales. Spokesman for the Muslim Council of Scotland (MCS), Ali Salamat, told The Muslim News, “MCS encourages Muslim communities of Scotland to take active part in social and political affairs of wider society. We are currently in the process of arranging a husting event for the forthcoming referendum to help Muslims make their choice.” Wesun Kraish, 25 year old primary school teacher in Glasgow, told The Muslim News, “I’ve studied and travelled extensively around Scotland. It is culturally and ideologically different from England. I think the proposal for independence is a reasonable one that many Scottish people agree with. But people are concerned about the practicalities of being independent, in particular the economy.”

Economic issues are dominating the debate for Scottish Muslims voting to stay in the Union, with No campaign slogans like “If it’s not broken, don’t fix it.”

“Think about the currency, there is no clear answer. How will we manage financially? What about pensions, ageing population, education, welfare benefits. We have a very ageing population, we don’t have that many youngsters compared to London,”  Zahira Hassan, 43 year-old children’s special needs carer and community activist in Edinburgh, told The Muslim News. “There’s just so many open questions. And the SNP white paper doesn’t give any answers.”

“The major problem common to both the Yes and No arguments is that they are all based largely on hunches and guesses, not sure facts, and so neither side’s can be proven,” says Ali Abbas, 19 year-old student at Edinburgh University. “However I’m voting Yes inshAllah, less by arguments for the economy, transport, or education. I vote from a moral stance. I want to rid myself of the Westminster Government. We all know about their foreign policy and its effects on Muslims abroad, such as the devastating Iraq invasion in 2003,” he told The Muslim News.

Dameer Ahmed, Optometry student in Livingstone, told The Muslim News, “We have the best of both worlds which is a Scottish parliament with power over health and education, and the security of being part of one of the largest economies in the world. The risk of independence are far greater than the benefits, the only benefit is the emotional one where you get free from Tory control.”