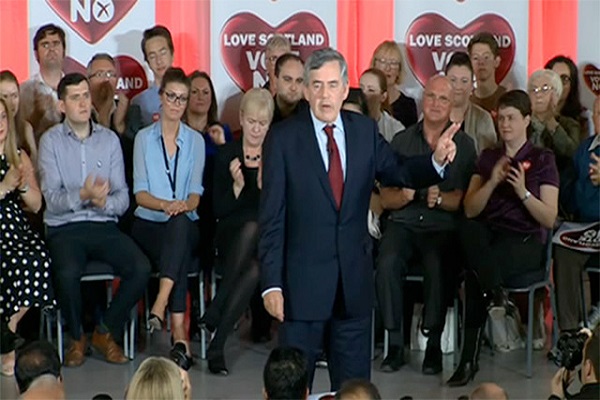 Gordon Brown, in pole position in the event of a no vote to be hailed as the man who saved the union, has crafted a detailed plan for a post-referendum constitutional settlement in the UK, including a new role for an elected House of Lords as an arbiter in disputes between the four nations.

Brown is likely to get a prominent role in any debate following a no vote and has served notice that he intends to lead a major Commons debate on the future of the union when the party conference season is over.

He wants the entrenchment of the Scottish parliament, a codification of the purpose of the UK and a power-sharing partnership that he describes as home rule within the UK.

Until two weeks ago his plans might have quickly gathered dust, but the sudden transformation in his reputation from a failed prime minister to a visionary has given him a renewed influence