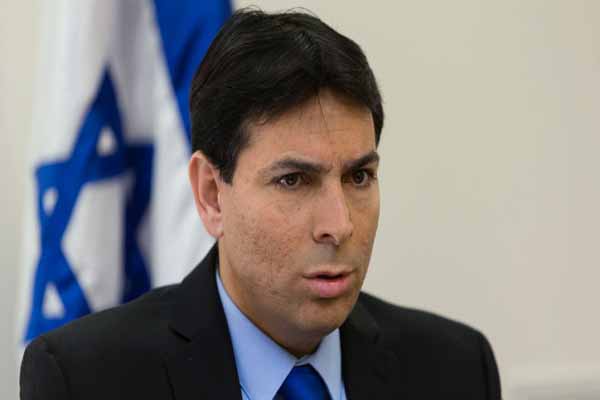 The Palestinian resistance group Hamas has described the sacking of Israeli Deputy Defense Minister Danny Danon as a "victory" for the Palestinians. "[The decision] reflects the deep crisis within Israel," Hamas said in a statement late Tuesday. "It is a victory for the resistance and its ability to create divisions within the Israeli military and security establishment," it added. Israeli Prime Minister Benjamin Netanyahu sacked Danon on Tuesday over his criticism of the Israeli security cabinet's decision to accept an Egyptian proposal for a ceasefire with Palestinian factions in Gaza. The Islamic Jihad movement, a major Palestinian resistance group, has rejected the Egyptian proposal because it "neither meets our people's aspirations nor meets the conditions of the resistance." According to sources, Hamas will announce the same position on Wednesday and cite Egypt's failure to consult with Palestinian factions before announcing the initiative. At least 196 Palestinians, mostly civilians, have been killed in unrelenting Israeli airstrikes since July 7. Fatalities include at least 36 children and 24 women, according to Palestinian health officials. More than 1440 people have also been injured in the Israeli aerial attacks, which Israel say aim to stop rocket firing from Gaza. Gaza-based resistance factions, for their part, have continued to fire rockets into Israel – some of which have reached Tel Aviv – in response to the airstrikes. One Israeli has been killed as a result of rocket firing from Gaza. The ongoing military operation - dubbed "Operation Protective Edge" – is Israel's third wide-scale offensive against the blockaded Gaza Strip - home to some 1.8 million Palestinians - within the last six years.