Russian President Vladimir Putin will visit Ankara on Dec.11 on the invitation of his Turkish counterpart Recep Tayyip Erdogan, according to Turkish presidential spokesman. 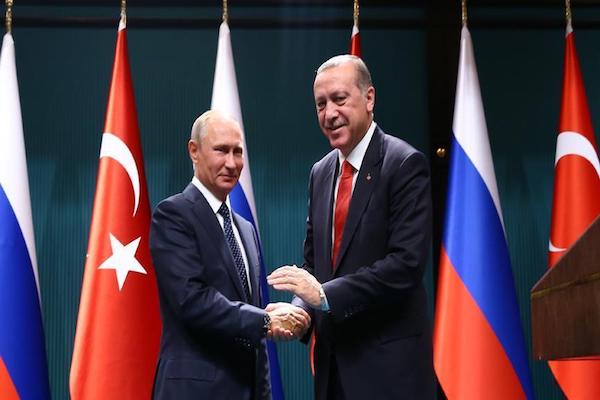 AvrupaLondon - Russian President Vladimir Putin will visit Ankara on Dec.11 on the invitation of his Turkish counterpart Recep Tayyip Erdogan, according to Turkish presidential spokesman.

The two leaders will hold a meeting in which they would exchange views on bilateral, regional and global issues -- including recent developments on the Jerusalem issue, as well as the current situation in Syria.

On Thursday, the two leaders held a phone conversation to discuss the U.S.'s recognition of Jerusalem as Israel's capital.

The phone conversation came a day after Donald Trump announced that the U.S. recognized Jerusalem as Israel's "undivided" capital and would relocate the U.S. Embassy from Tel Aviv to Jerusalem despite widespread international opposition.

The last time the two leaders met in person was in Russia’s coastal city of Sochi on Nov. 22, where they held peace talks on Syria as the three guarantor countries, with Iran.