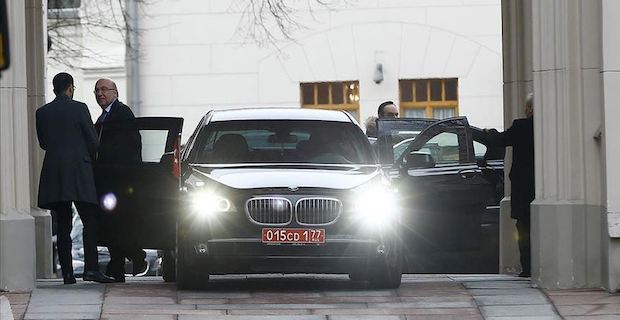 The second round of the Russian-Turkish consultations, aiming to ease the tense situation in the Syrian province of Idlib started in Moscow on Tuesday. The Russian delegation led by Presidential envoy for Syria Sergey Vershinin, and Turkish delegation headed by Deputy Foreign Minister Sedat Onal, try to find a solution for the latest outbreak of violence in Idlib de-escalation zone.

In addition to the diplomats, both delegations include representatives of military and intelligence services.

According to diplomatic sources, the Turkish delegation stressed the need to rapidly reduce the fighting and prevent further worsening of the humanitarian situation in the region.

Another point on the agenda include measures that could be taken in Idlib to ensure full implementation of the agreements reached under the Sochi memorandum.

Keywords:
TurkeyRussiaIdlib
Your comment has been forwarded to the administrator for approval.×
Warning! Will constitute a criminal offense, illegal, threatening, offensive, insulting and swearing, derogatory, defamatory, vulgar, pornographic, indecent, personality rights, damaging or similar nature in the nature of all kinds of financial content, legal, criminal and administrative responsibility for the content of the sender member / members are belong.
Related News