Moscow invited all Syrian opposition forces to attend the planned congress, which is slated for Nov. 18, in the Russian coastal city of Sochi. 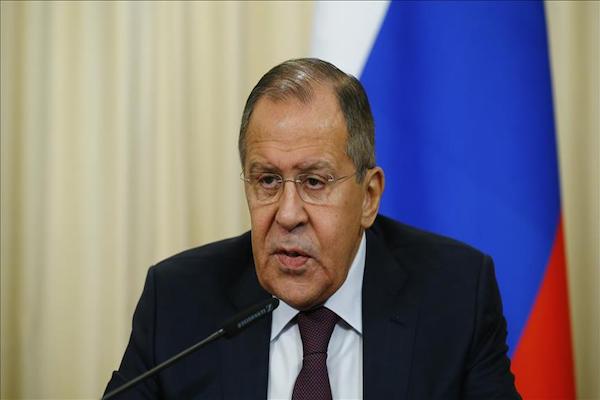 "The Congress is being prepared… The date of the congress was not officially announced," Lavrov was quoted as saying by Russia’s official TASS news agency.

Lavrov said Russia was in coordination with its partners in the Astana process, primarily with Turkey and Iran, to specify the deadline and organizational parameters of the congress.

Moscow invited all Syrian opposition forces to attend the planned congress, which is slated for Nov. 18, in the Russian coastal city of Sochi.

However, the Syrian opposition’s High Negotiations Committee and the Syrian Coalition of Revolutionary and Opposition Forces both appear to have declined invitations to take part in the conference.

Turkey’s presidential spokesman Ibrahim Kalin on Sunday said Moscow postponed the congress to a later date, adding that Turkey will not take part but may send an observer.

According to TASS, Lavrov said: "We will need to dramatically intensify all our actions to create conditions for an inclusive inter-Syrian dialogue. This is the task of the congress, which will soon be announced and I hope, will meet in the foreseeable future."

He said Russia was in "close" contact with UN Special envoy for Syria Staffan de Mistura.

Syria has been locked in a vicious civil war since 2011, when the Assad regime cracked down on pro-democracy protests with unexpected ferocity.

Since then, hundreds of thousands of people have been killed in the conflict, according to UN figures.