Theresa Mays political rivals lined up to criticise her for not taking part in a seven-way general election debate. 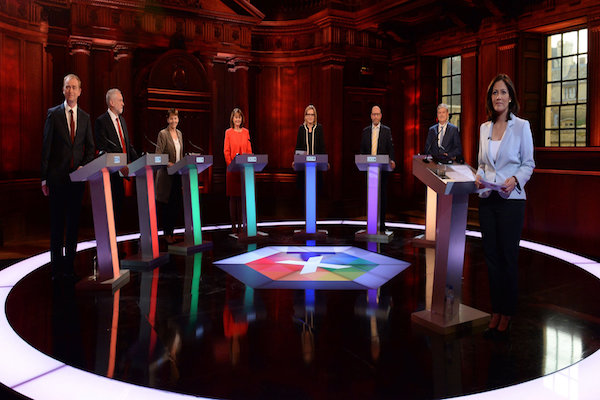 Home Secretary Amber Rudd, who represented the Conservatives, said "part of being a good leader is having a good, strong team". Labour leader Jeremy Corbyn did not directly attack Mrs May's absence as he clashed with Ms Rudd over cuts. The prime minister ruled out appearing on televised debates soon after calling the election. She said on Wednesday that she preferred "taking questions and meeting people" on the campaign trail rather than "squabbling" with other politicians. At one point, Mr Corbyn asked "where is Theresa May, what happened to her?" as he defended his own leadership abilities. But he engaged in a series of clashes with Ms Rudd over the squeeze on living standards and cuts to welfare as the debate heated up.