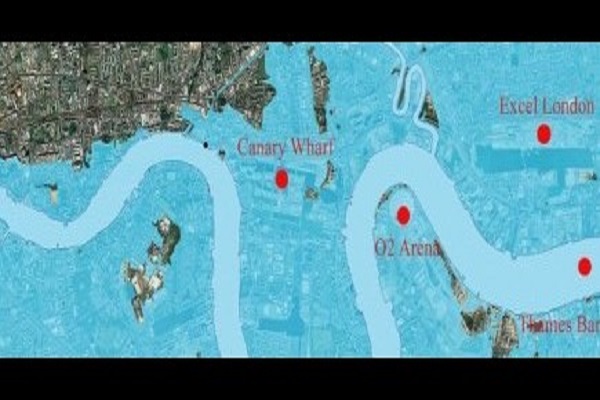 24,000 properties in London are at significant risk of river flooding and the Environment Agency estimates that plans currently under development could protect 10,000 of these.

A shortfall of 14,000 homes. Many thousands more, housing 140,000 Londoners, are at high risk of surface water flooding.

The Committee also warns that the risks of flooding may be increasing. The effects of climate change in southern England could mean drier summers and wetter winters. More heavy rain in the Thames region would increase surface water risk and may lead to more river flooding in London.

Ways to reduce flood risk include sustainable drainage and river restoration, which create space for flood waters to be held higher in the river catchment and soak back into the ground. Allowing low-lying areas to flood safely at times of high water flow should protect homes, roads and businesses.

Murad Qureshi AM, Chair of the Environment Committee says;

“London needs to bring back its rivers to protect itself from inevitable flooding in the future.  The more we can restore natural banks to London’s rivers, the less likely heavy rain will cause the degree of flooding we saw in the early part of this year.”

“Heavy or prolonged rain locally or upstream can cause rivers to flood. Tens of thousands of properties are at high or medium risk of river flooding. This is not just from the Thames, but also from the many smaller rivers that flow into it.  A lot of people don’t know where their local rivers are, until they escape their channels.”

In February 2014, the London Assembly unanimously called on the Mayor to identify funding for further river restoration projects, targeted to reduce flood risk.