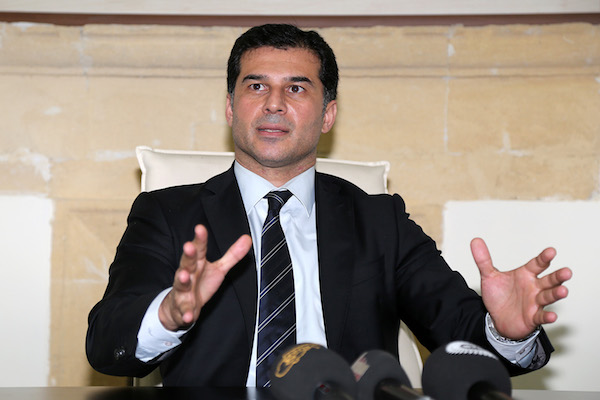 AVRUPA TIMES-National Unity Party (UBP) leader and Prime Minister Hüseyin Özgürgün stated that the UN parameters of bi-communality and bi-zonality no longer apply and that there will be no further negotiations based on them. He said, “Only if the Greek Cypriot side accepts Motherland Turkey's full and effective guarantee, bi-zonality, the unconditional equality of the Turkish Cypriot people and the equal status of the two constituent states on the island, can negotiations be restarted.”In his speech at the National Unity Party (UBP) 1st Lefke District Congress on Saturday, Özgürgün evaluated the Cyprus issue and said that a settlement cannot be reached with the ‘zero troops and zero guarantees’ mentality, and added that the Turkish Cypriot people and the UBP will not accept an agreement that doesn’t allow the full and effective guarantee of Turkey.

Özgürgün also said that they were not surprised at the result of the Conference on Cyprus in Switzerland because they anticipated it would fail. He explained that the Greek Cypriot side does not see the Turkish Cypriot people as equals on the island, that they did not want a federation, and that their only aim is to annex the island to Greece. He made clear that this will not be possible while a strong UBP exists.

He also pointed out that they met with the Greek Cypriot leader Nikos Anastasiades, who supports Enosis, and Özgürgün said in a message to the Greek Cypriot side and to the world, “It is no longer possible to negotiate within this framework; ‘bi-communal and bi-zonal federation parameters’ no longer apply.”