Police confirm only one gunman as parliament re opens 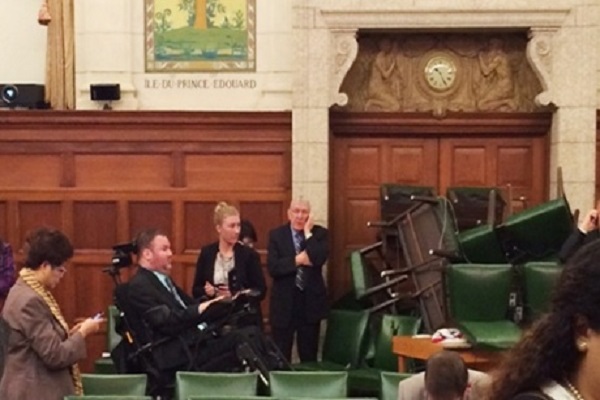 Canadian police confirmed on Thursday that the assault on the country’s national parliament was carried out by a lone gunman, as prime minister Stephen Harper led tributes to the solider killed in the attack and to the ceremonial official who prevented a bigger tragedy.

Ottawa police said that they were satisfied there was one attacker, and police chief Charles Bordeleau told the Canadian Broadcasting Corporation that there was no longer a threat to public safety.

As a shocked nation digested the aftermath of the shootings, Harper laid a wreath at the tomb honoring Canada’s fallen soldiers, where Michael Zehaf-Bibeau shot corporal Nathan Cirillo on Wednesday morning before storming into the nearby parliament building and opening fire inside.