Peter R de Vries, 64, was shot minutes after leaving a TV studio, where he had appeared on a chat show.

A prominent Dutch journalist known for investigating the criminal underworld has been shot and seriously wounded on a street in central Amsterdam. 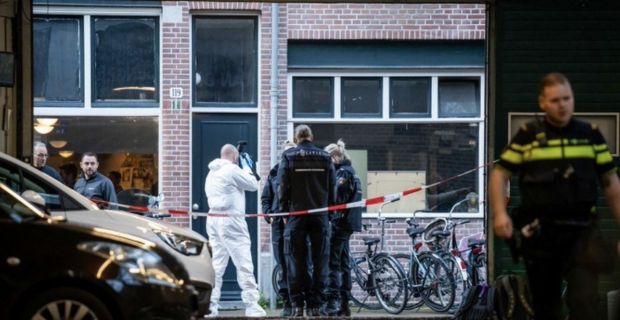 Mr de Vries is famed for his work on exposing mobsters and drug kingpins, and has helped police solve a number of high-profile cases.Three suspects have been arrested, including the possible gunman.The mayor of Amsterdam, Femke Halsema, described Mr de Vries as "a national hero to us all" and as "a rare, courageous journalist who tirelessly sought justice".The attack happened just after 19:30 (17:30 GMT), as the journalist was walking away from the studio on the Lange Leidsedwarsstraat.Five shots were fired at close range and Mr de Vries, 64, was hit in the head, local media is reporting.Minutes earlier he had appeared on the TV programme RTL Boulevard to talk about the case of a hairdresser who was murdered in 2019.

Mr de Vries was previously given police protection after receiving threats for his involvement in criminal cases as an investigative journalist.
Mayor Halsema told the media he was fighting for his life, and condemned the shooting as a "cruel, heartless attack".
Forensic investigation in the vicinity of the Lange Leidsedwarsstraat in Amsterdam, the Netherlands

Two suspects were arrested in a car on the A4 motorway at Leidschendam, and a third in Amsterdam.
Police are appealing for witnesses and CCTV footage of the shooting but are asking people not to share the material on social media. YouTube said it had removed hundreds of videos from its platform.

The attack has shaken the Netherlands, with messages of support for Mr de Vries and the safety of all journalists coming from leading figures across the country.
Dutch Prime Minister Mark Rutte gave a news conference after meeting counter-terrorism officials and police in The Hague.
Mr Rutte described the shooting as "shocking and incomprehensible," adding it was an attack on a "courageous journalist" and on the freedom on the press.
Justice Minister Ferd Grapperhaus paid tribute to an "extraordinary journalist", calling Mr de Vries an "admirable warrior against injustice for the underdog".

Keywords:
Peter R De VriesDutch Crime JournalistAmsterdam Shooting
Your comment has been forwarded to the administrator for approval.×
Warning! Will constitute a criminal offense, illegal, threatening, offensive, insulting and swearing, derogatory, defamatory, vulgar, pornographic, indecent, personality rights, damaging or similar nature in the nature of all kinds of financial content, legal, criminal and administrative responsibility for the content of the sender member / members are belong.
Related News