Tornadoes killed five people in central Oklahoma including a mother and her baby, 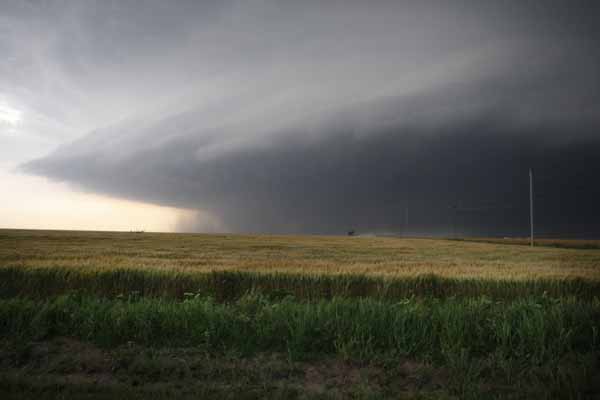 Tornadoes killed five people in central Oklahoma including a mother and her baby and menaced Oklahoma City and its hard-hit suburb of Moore, before the storm system tracked northeast early on Saturday. The National Weather Service said the severe weather threat would shift into neighboring Illinois and Missouri, where Governor Jay Nixon declared a state of emergency on Friday. The tornadoes struck just 11 days after a twister ranked as EF5, the most powerful ranking possible, tore through Moore and killed 24 people. The mother and baby were killed on Friday while traveling on Interstate 40, just west of Oklahoma City, when their vehicle was picked up by the storm and they were sucked out of it, said Betsy Randolph, spokeswoman for the Oklahoma Highway Patrol. The interstate was shut down due to the storm, with multiple crashes and injuries. Two of the five deaths in Oklahoma on Friday occurred in Union City and one was in El Reno, in rural areas west of Oklahoma City, said Amy Elliott, a spokeswoman for the state Office of the Chief Medical Examiner. She could not confirm where the other deaths took place.

Over 40 people were being treated for storm-related injuries - including five in critical condition, among them a child, according to the Oklahoma-based Integris Health hospital system.

Meteorologists had earlier declared a tornado emergency for parts of the Oklahoma City metropolitan area, and at one point they posted a tornado warning for Moore.

Moore had limited damage from the latest storm activity, said a police dispatcher for the city.

"For reasons that are not clear to me, more people took to the roads, more than we expected. Everyone acted differently in this storm, and as a result, it created an extremely dangerous situation," said Oklahoma City Mayor Mick Cornett.

"I think we are still a little shaken by what happened in Moore. We are still burying children and victims, so our emotions are still strong," he added.

Brandi Vanalphen, 30, was among the hundreds of drivers trapped on traffic-snarled roads as she attempted to flee the tornado system menacing the suburb of Norman.

"What got me scared was being stuck in traffic with sirens going off," she said. "I started seeing power flashes to the north, and I said 'screw this.' I started driving on the shoulder. People started driving over the grass."

Oklahoma Governor Mary Fallin told CNN that motorists faced great danger when stuck on any freeway in the path of a twister.

"What we saw from the tornadoes that came through Moore and the other ones last week was that people who were in cars on the Interstate were killed," Fallin told CNN.